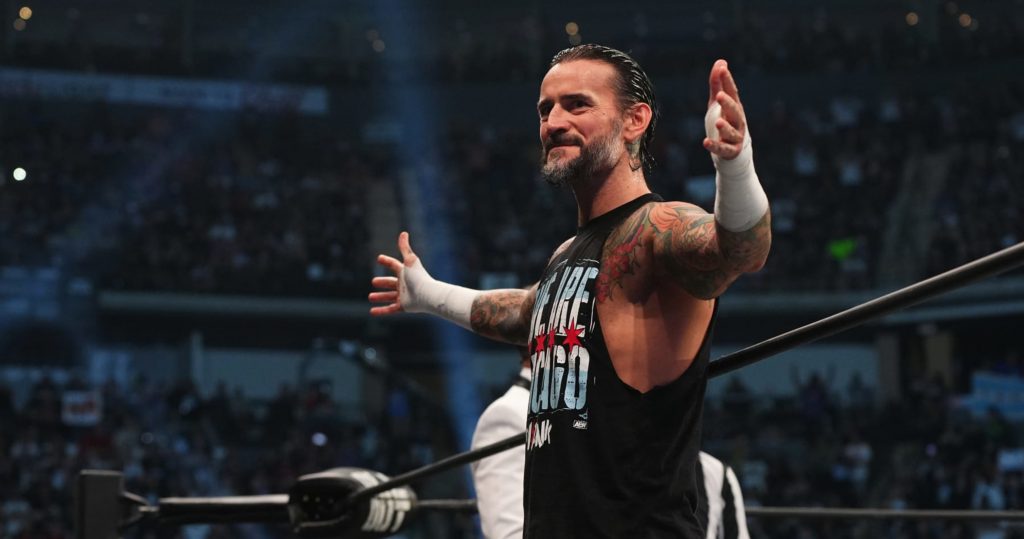 “You Either Die A Hero, Or You Live Long Enough To See Yourself Become The Villain” — Harvey Dent in The Dark Knight (2008)

This quote literally epitomizes CM Punk’s return and his ultimate apparent departure from AEW. I have written pieces on his return to wrestling in 2021, provided my thoughts on his All Out Post Show Press Conference that appears to have ended his AEW run, and lastly my thoughts on if I think Punk is truly is done in AEW and if AEW is making the right decision to end it.

I’ve never met CM Punk and likely never will, but my opinion on CM Punk has been I’m a huge fan of the CM Punk character, but the man behind the character appears to be way more complicated and is allegedly difficult to deal with behind the scenes based on what has been said over the years from his colleagues in various interviews.

I think we have seen the last of CM Punk in AEW, but the question that keeps being discussed by the fans’ is would he return to WWE? I think this goes down in one of two ways, either CM Punk never returns to wrestling in any capacity except maybe accepting a WWE HOF induction or if he does return it will be in WWE for a one-off WrestleMania story leading to a WM main event, which is the one thing that he has always wanted and never got.

I think he would call it a career if he was offered a WM main event, but this business is built on never say never so who knows what will happen with Punk next? What I wanted to do with this piece is to list potential opponents in no particular order on who some potential opponents he could face, discuss how likely it is they will face each other and who would likely go over.

Starting this list is arguably one of the best in ring performers today and no doubt a GOAT and future multiple time first ballot HOF level performer. From 2002 through 2004, Punk and Styles had a total of ten matches together (via Cagematch.net) and apparently the two men have legitimate heat with one another. When asked in 2020, if he would ever wrestle Punk again, his response was clear “Will Never Happen”. So, I’m sure you may be asking why I would include AJ on this list as potential opponents?

Well, this certainly wouldn’t be the first time that two performers that don’t like each other agreed to work with each other when they knew it would draw good business by using the real-life heat to sell the match. Bret Hart/HBK, Edge/Matt Hardy and Charlotte Flair/Becky Lynch are all feuds and match ups that were literally built and promoted based on their real-life heat to sell it.

AJ is wrapping up his career in the not-too-distant future, and his reputation that he has built in this industry and his standing in WWE likely gives him more control on who he is doing business with and if he truly doesn’t want to work with Punk, I don’t think WWE would insist on it. However, AJ has shown he is very much a company guy so if he was asked about it and he and Punk could work out their issues, I wouldn’t say it is 100% impossible, but it is as close as you can get. Neither guy would likely agree to put the other over and I can’t see them having this match end in any type of draw.

Chances of Happening: Less Than 1%