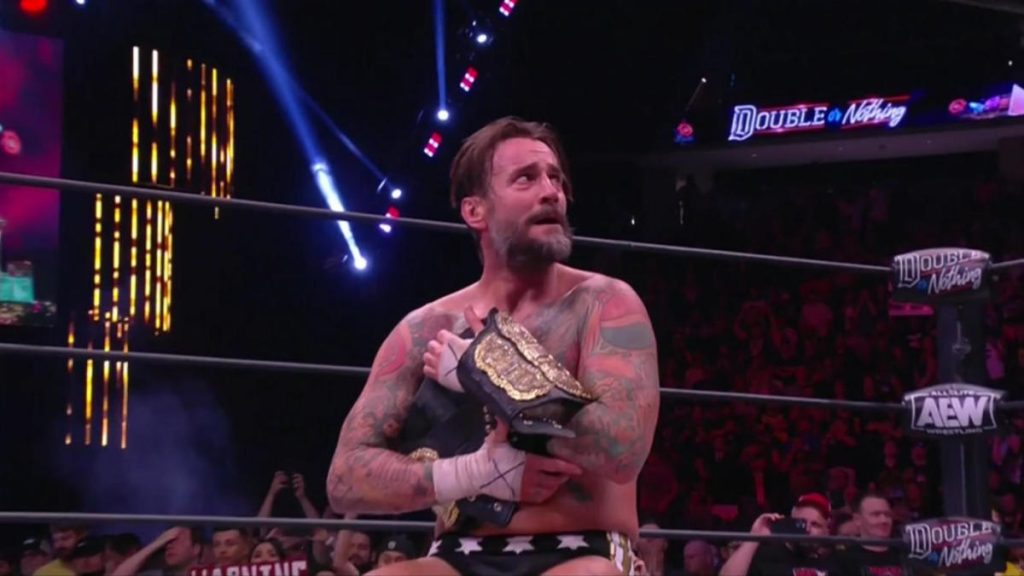 After capturing the AEW World Championship from “Hangman” Adam Page last night, it seems CM Punk is looking to the future. At the post-show media scrum, he listed a number of opponents he would like to face at AEW’s next event.

It’s worth noting that Forbidden Door, the joint event between AEW and NJPW, will be in Punk’s hometown in Chicago.

“I think (Kazuchika) Okada, (Hiroshi) Tanahashi, (Will) Ospreay, guys like that I’m looking forward to stepping into the ring with. As far as AEW talent, I always think number one with a bullet is going to be Bryan Danielson. I’ve never wrestled Jon Moxley. I’ve wrestled Dean Ambrose, so that’s an interesting matchup. There are still guys on my list that I’ve never wrestled with, Jungle Boy, Ricky Starks,” Punk said. “I could probably finish out my career wrestling FTR every day for the rest of my life, and it could be different and fun every single time. Will Hobbs is another guy that I think has all the potential in the world.

Of everyone that the world champion listed, he cited Bryan Danielson as one star he would especially love to face.

“We’ve got a stacked roster. It’s almost a crime that we can’t do everybody justice at once, but I think we’re getting there with baby steps. I think we’re learning. I think we make mistakes, but instead of dwelling on them and punishing other people or ourselves, I think we move on and try to learn from things. But Bryan Danielson will probably be the first guy that comes to mind. Very selfishly, I’d love to wrestle him.” (H/T Wrestlinginc.com)

CM Punks win over Hangman last night was the first time he had held championship gold in almost a decade. The last time was in 2013 when his over 400-day WWE championship reign was ended by The Rock.

Fans are interested to see who Punk faces at Forbidden Door next month as there are many dream match opportunities.