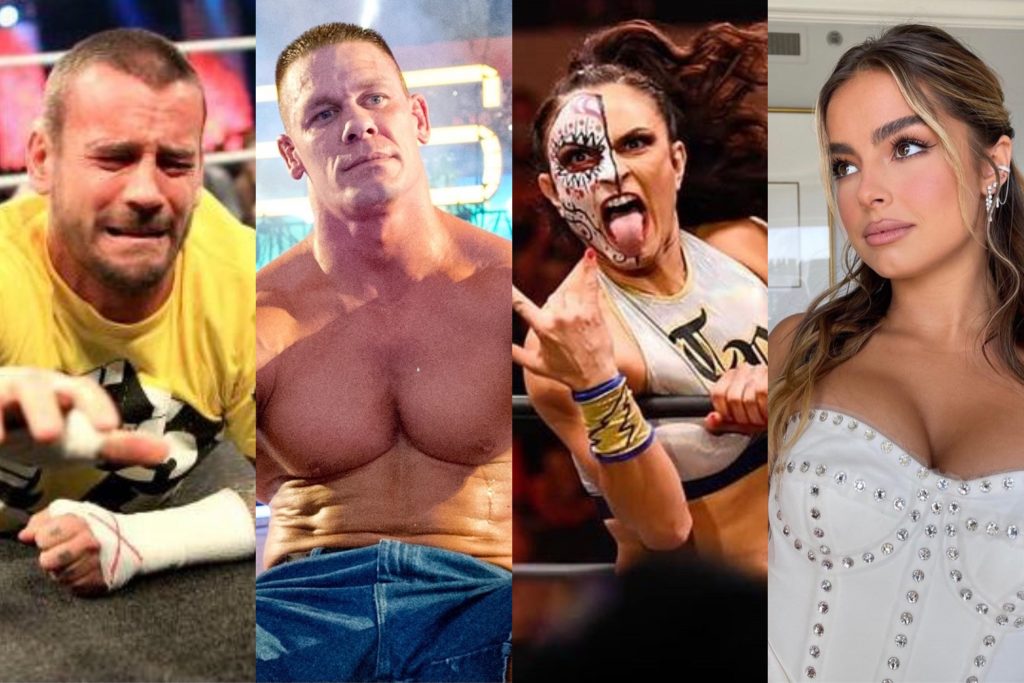 6. Rey Mysterio Reveals The Peak Moment Of His Career

“Incredible, that was the peak moment of my career. That’s when, okay, you have changed the sport. You have opened up the doors, and that was all thanks to the opportunities that I go to work to be able to prove to Vince and to the people in charge with the pen and paper that I am able to attract a different crowd. I can have fans back me up and believe in me, same with Eddie and Chris. For so long, they were waiting for them to become champions, and that moment came and it changed the industry forever. Same thing happened with me, and I’m really, truly blessed to have been given that opportunity. Not only that, but to have been able to share that moment with [Kurt Angle] and Randy [Orton], who are two of my favorites.”

“I’m very excited for her. She’s doing what she wants to do. She’s going to get to write and use her voice to do something that she maybe thought she wouldn’t get the chance to do again. It’s no bumps, and it’s a chance to help foster and grow the next generation of females in wrestling. That’s a perfect, perfect spot for her.”

4. D-Von Dudley Reveals Why The Dudley Boys Split In 2016

“There was a contract given to us after the second run [from 2015-16] and Bubba didn’t want to sign it. He wanted to do the Bully Ray character and Vince said no. He didn’t want that, he wanted the Dudleys. He didn’t want us to break up. Regardless to what we did in 2002 when we broke up, it still lay fresh in their minds that we were better as a tag team. It’s his sandbox, you have to play in his sandbox or go home.

Bubba didn’t want to play fair. And I know Bubba will have his own opinion about what happened, but again, that’s the majority of it. They gave us both the contract. I signed it. He didn’t want to sign it and it left a bad taste in their mouth, and by the time he was ready to sign it, some time had already went by. Let me give you a timeline: when Shane McMahon came back in Detroit, that was when I signed the deal. That was in March. So the deal actually came to us in February of that year. Now they’ve been trying to get us to sign it and Bubba wouldn’t sign it.

Now all of a sudden we go forward and I’ve signed it and he hasn’t because there’s still things he felt he had to take care of on his side. By the time he got through that, the company was like, ‘Nah, we don’t want it anymore. We’re not dealing with the headaches.’ And they decided not to do it.

It wasn’t like the WWE did a bad thing by us. Let me put it to you this way – they gave us a contract that was great, and at 44 and 45 years of age, I even told Bubba, ‘We need to take the money and just go. We’re not gonna get another opportunity like this again. We just need to sign this contract and do another year. If you don’t do another year after it, don’t do it. I’ll go on my own.’ But I couldn’t make him sign it.”