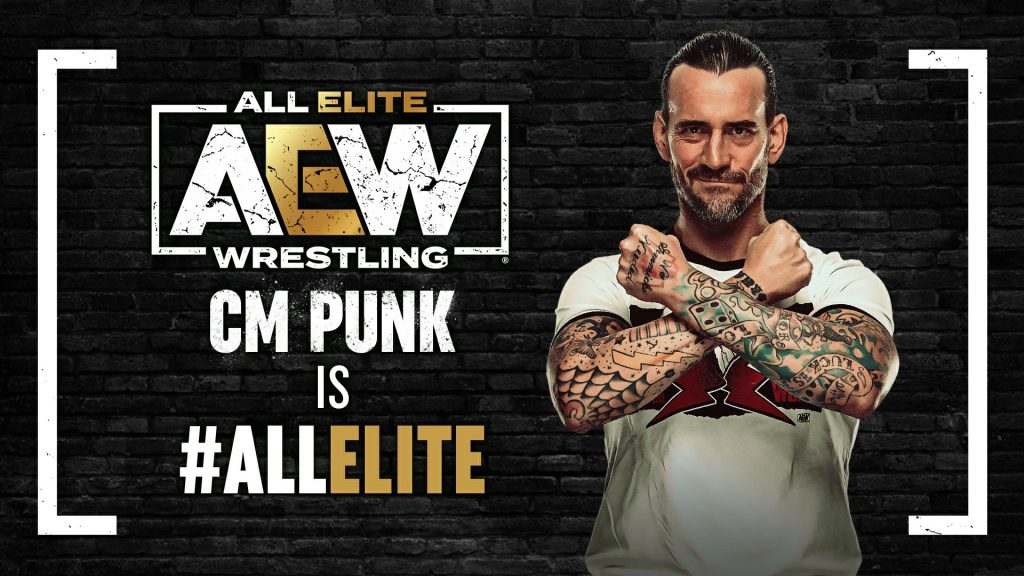 After long 7 years “The Best In The World” is back in the wrestling industry.

The rumors were everywhere over the last few weeks about CM Punk signing with AEW. With Tony Khan teasing a huge show for “The First Dance” special edition of AEW Rampage, the expectations were huge, especially with the show taking place at The United Center in Chicago, Illinois, this being Punk’s house.

Since the beginning of the show, the fans were over with thousands of posters with phrases like “Best in the world” “CM Punk is AEW” and non-stopping chants.

After a few minutes of expectations Cult Of Personality hits and the center went crazy, the pop from the crowd was wild when Punk left the characteristic tunnels of AEW and start walking to the ring.

You could see the excitement on Punk’s face, he even hugged fans and jumped into the crowd celebrating his long-awaited return.

He sat down in the middle of the ring, bringing old memories, and start his promo thanking everyone, but also apologizing if he disappointed someone when he left wrestling. He continued talking about his old years on ROH back in 2005 and pointing to the fact that 2021 is the year he is finally back in the wrestling world with the passion he once lost.

He ended up challenging Darby Allen to a match at AEW All Out on September 5, guiding his first fight after 7 years.

According to Sean Ross from FightFul Punk and Tony Khan doesn’t want to disclose how long his deal is. Tho an exclusive Ringside news affirmed that CM Punk will wrestle 10 to 12 times a year for AEW.

The excitement is still in the air and social media is flooded with videos and photos of this epic moment. Let us know what you think about CM Punk’s return and who you would like to see him take on.