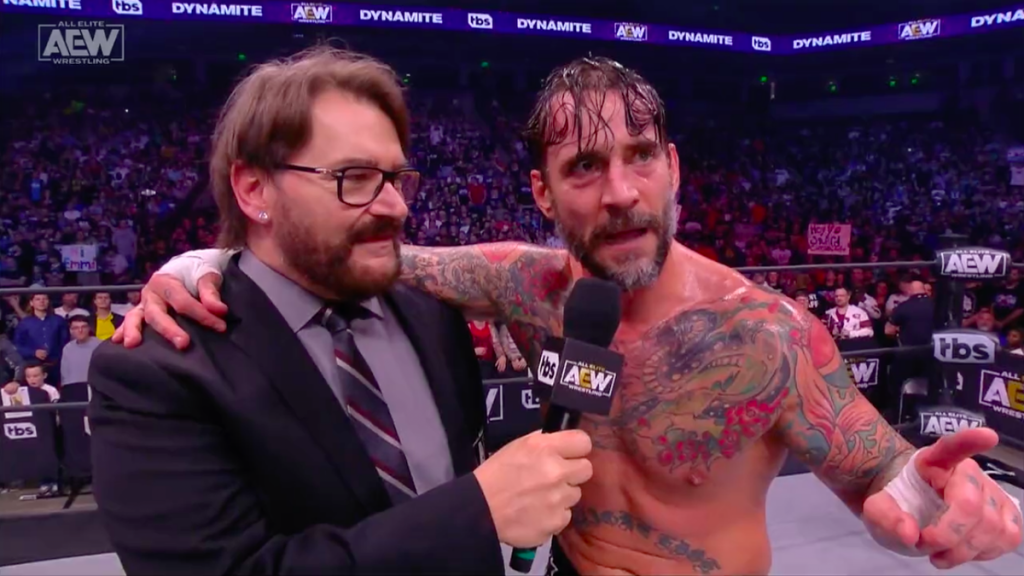 Wrestling veteran CM Punk said he is “in his prime” while discussing his current run in AEW.

CM Punk spent seven years away from the ring following a turbulent exit from WWE back in 2017. His return was not advertised, but AEW gave strong hints leading to his debut on the first episode of Rampage.

Fans sold out the United Center for the premiere on TNT, and the building practically exploded when Punks music hit. The August 20 episode is still to this day the highest rated in the show’s nine-month run.

The former WWE Champion had a lot to say about this run while speaking with Marc Raimondi on ESPN. Punk feels that he had spent too much time worrying while in WWE but wants to better enjoy wrestling now.

“I feel like it was kind of wasted. What old head you’re gonna make mad for no reason. It could have been so much more. It should have been so much more. And now, this is everything I dreamed pro wrestling could and should be. I’m here and I’m f—ing in the moment,” Punk said. “I’m not thinking about tomorrow and I’m not worried about s— that happened yesterday. I am living in the moment and I’m 100% in my f—ing prime, best I’ve ever been.”

There was no shortage of confidence from the AEW star in speaking of his return to action. It’s not hard to believe his words either, as he’s been delivering great matches ever since his debut.

AEW President Tony Khan recently commented that anyone who steps in the ring with Punk comes out a better wrestler. The statement is fair as the Chicago native has been doing it for a long time and with the best.

As things stand, Punk is preparing to seize gold tomorrow night at Double or Nothing in his first title shot. It will be CM Punk vs. “Hangman” Adam Page for the AEW World Title, and Punk is a clear favorite.