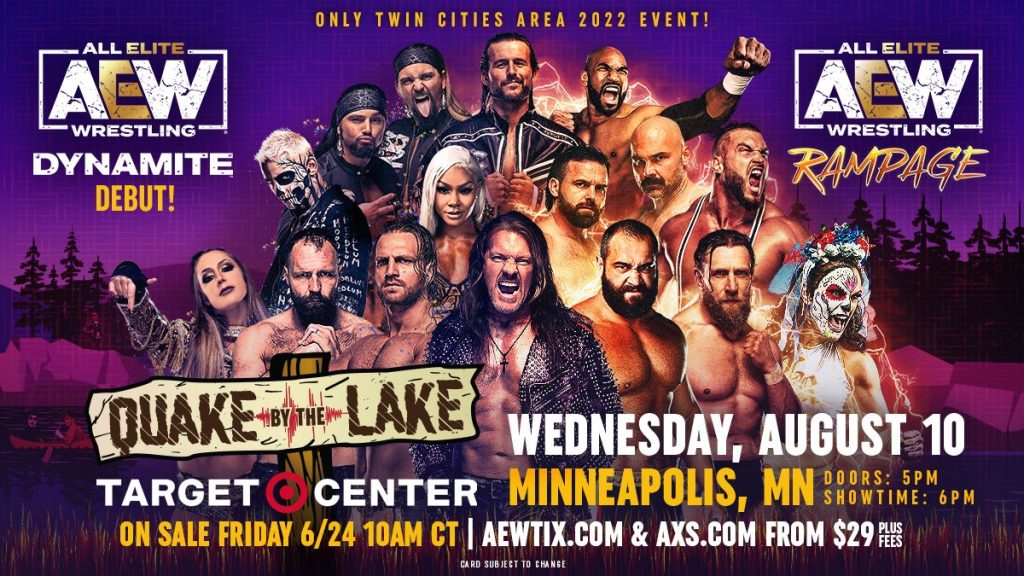 The AEW World Title is set to be defended at Quake By The Lake.

Following his victory over Eddie Kingston in a Barbwire Everywhere match last week, Chris Jericho officially laid down the challenge to current interim AEW World Champion Jon Moxley on the July 27 edition of AEW Dynamite. Jericho, flaked by his Jericho Appreciation Society crew, came out and challenged Mox to the match at ‘Quake By The Lake’ following his championship victory over Rush in the opening match of Dynamite.

Moxley beat Jericho at the 2020 Revolution pay-per-view to capture the AEW World Championship during his first reign with the strap.

Moxley has held the interim AEW World title since defeating Hiroshi Tanahashi for the belt at AEW x NJPW: Forbidden Door on June 26. He has since defended the title against Rush and Brody King. The interim title was created following an injury to current AEW World Champion CM Punk.

Jericho was the first AEW World Champion, defeating Hangman Page to win the title at AEW All Out, in August 2019.