Chelsea Green Showed Up At ROH Best In The World 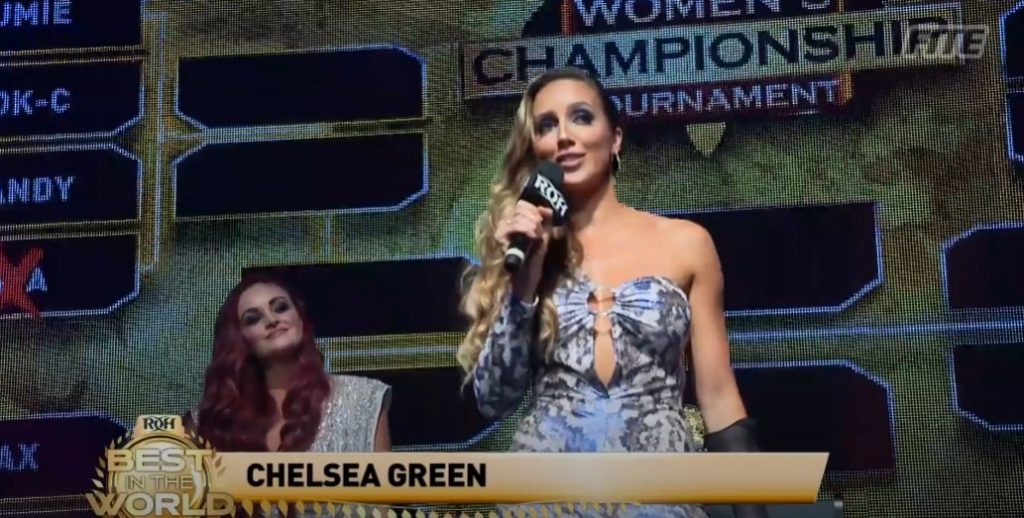 The former WWE star, Chelsea Green, has arrived at Ring of Honor

Chelsea Green appears at ROH Best In The World last night to reshape ROH Women’s Division, after being released by WWE in April this year. Maria Kanellis confirmed that she replaced Vita and be the final entrant for the Women’s Championship Tournament.

The former Impact Knockouts Champion also appeared before her 90 days no-compete clause was over on July 13.

The “Hot Mess” claimed in her promo that she wanted to wrestle tonight, but the Maryland Athletic Commission ruled that she was unable to compete. We wouldn’t have to wait 90 days to see her when her cast came off in a month, she added. she will compete for the tournament facing Mandy Leon in the first round.

Chelsea has been with WWE for numerous years and was set to make her debut at several points during her career. Her most recent WWE appearance was in a Fatal 4-Way match on SmackDown soon before Survivor Series 2020, in which she broke her wrist, forcing her to sit out until her release.