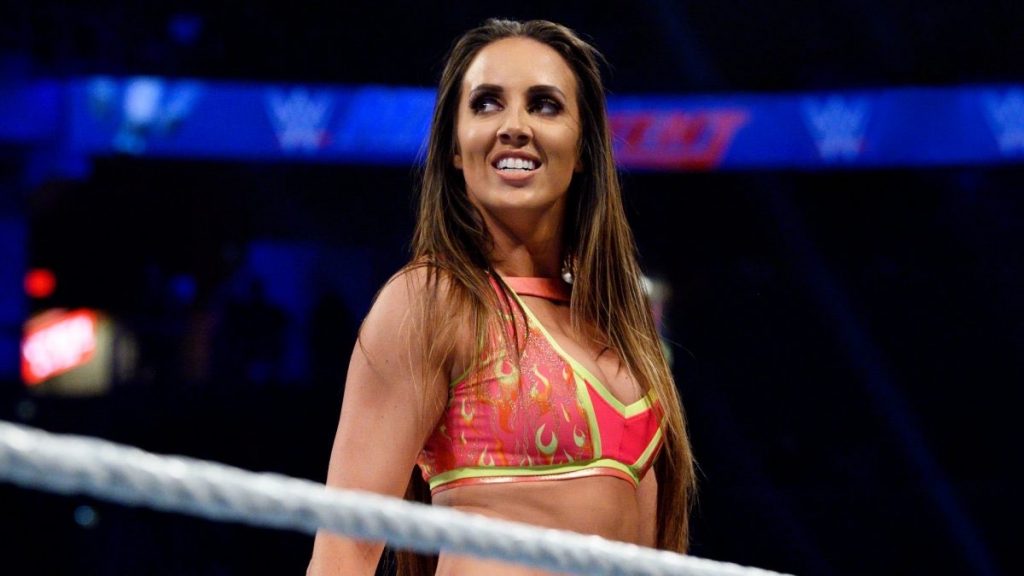 Mickie James sparked conversation online after she received her belongings from WWE in a trash bag. This incident lead to the firing of Mark Carrano, as well as Stephanie McMahon issuing a public apology to James on Twitter.

Former IMPACT Knockout’s Champion Chelsea Green was among the wrestlers released last month, and has taken to her new podcast ‘50 Shades Of Green’ to discuss her experience of ‘TrashbagGate’.

Green started the podcast by explaining that despite being annoyed by the incident, she decided to let it slide after contacting other former WWE employees and finding out that they had also received their belongings via trash bags. Her Fiancé, Matt Cardona, didn’t share the same view, instead urging her to post her displeasure on social media.

Green continued by revealing that upon opening her package, she realised that the contents didn’t actually belong to her. Instead it included Natalya’s ring gear, and several other peculiar items belonging to other WWE Superstars.

“Upon further inspection of the trash bag, I start to realize I’m not really sure what’s in this trash bag. I first pull out some black boots, beautiful black boots, but not my black boots. I then pull out a second pair of black boots, again, beautiful boots—not my boots. Here, we get to the third item, the third item was ugh—the most gorgeous little leather shrug with studs and diamonds and flappy things, pink jewels, all sorts of things. Now, if you know women’s wrestling, you know that the person who wears black leather with pink is always the same person,” Green said. “That is always going to be Nattie.”

“So I knew right away that the contents of my box were actually Nattie’s box. I continued to pull things out, a lot of it was Nattie’s, but I did run into some questionable items. Some cute little skirts, cute little dresses and things that kinda looked like maybe Lana’s or Liv’s, so I don’t know if there was other things in that box,” she explained, “but there was also a basketball. I don’t know who the fuck is playing basketball at WWE backstage, but someone’s getting their hoops in. So the contents of my box was in fact, not mine, and [it belonged to] many other females.”

This wasn’t the only problem she encountered, as Green explained that after contacting WWE about her unexpected package, she was told to drop it off at someone’s house to be sent on to WWE.

“I let [WWE] know that and the person—he who shall not be named— because he was let go from WWE, he told me to drop the box off at someone’s house, send the box on its way. I was shook, shooketh people, shook. Here’s the thing—the contents of this box are expensive. Wrestling boots are expensive, gear is expensive, clothing, it’s all expensive! I’m not just going to drop it off at somebody’s house and hope it gets to Tampa.”

Despite the incident being disappointing for Green, she focused on the positive side of things. WWE had sent her a bunch of flowers and had called her to apologise for the incident.

“I think that was a perfect way to handle it. I will also say that they didn’t stop there, they actually did individually call each of us to apologize, and they sent us flowers. So, I thought that was really nice, and what else could they do? If they didn’t know this was being done, the only thing you could do is damage control and Lord knows, I know how to do damage control. Damn. But with the flowers, I got a little note, and the flowers ended by saying ‘from your WWE family’. As if I didn’t just have an open wound from being fired, from fucking being canned,” Green exclaimed, “they called me their family? Ugh! Oh man… honestly, the flowers are very beautiful, I’m sitting here staring at the flowers. I really can’t talk shit, the flowers are amazing, probably very expensive too, so I think the way they handled it was proper, perfect.”

“Trashbag Gate 2021, hopefully, it will never happen again and I feel really shitty that legends like Mickie [James] and Gail [Kim], even Maria Kanellis, they all got trash bags, man! It’s one thing to give the ‘Hot Mess’ a trash bag,” Green said, “but you don’t give a legend a trash bag.”

Special thanks to WrestleZone for the transcription. You can listen to ‘50 Shades Of Green’ by clicking here.