Charlotte Flair & Becky Lynch Get Into Backstage Confrontation After Smackdown 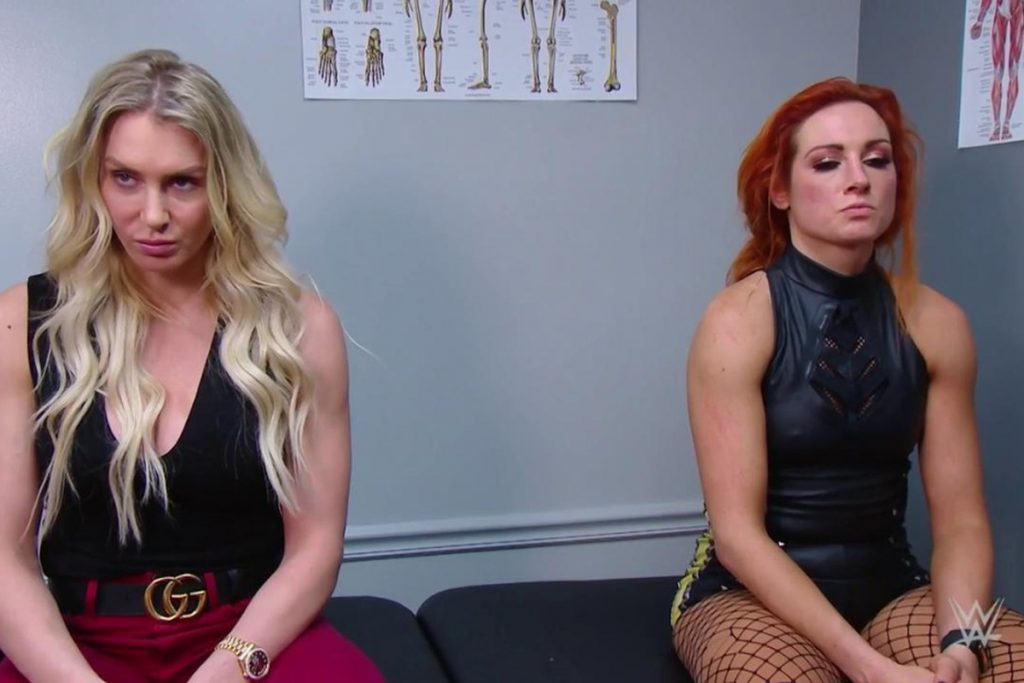 Becky Lynch and Charlotte Flair last night on Friday Night Smackdown did a title swap, swapping their respective brand orientated Women’s Championships as the two main event WWE stars change brands. However, the segment did not go as originally planned which resulted in a confrontation in the back.

PW Insider are reporting that Charlotte Flair had taken issue with how the segment was set to take place, believing it would make her and her title reign look weak. However, the plan for the segment was not changed despite the concerns.

During the segment you may remember that there was a moment were Flair went to hand Becky Lynch the Raw Women’s belt but pulled back and dropped the belt on the mat, this was not planned. Nor was Becky Lynch throwing the Smackdown Women’s belt at Flair after she was asked by Sonya Deville to hand over the belt to Flair. After this Charlotte Flair talked about Sasha Banks, which was part of the plan, and Lynch left so Banks and Flair could continue the segment.

PW Insider are told that when Charlotte Flair got to the back, Becky Lynch and Flair got into a confrontation with the allegation being from one source that Flair was “trying to make her (Becky Lynch) look bad”. The confrontation did not get physical, but there were loud and heated words between the two.