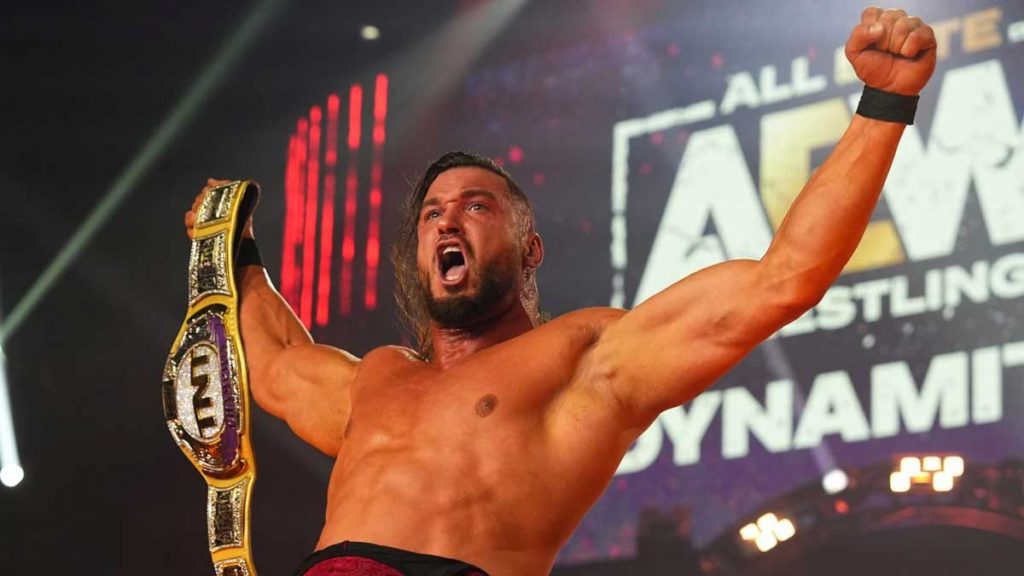 All Elite Wrestling Star Wardlow has recently revealed that FTR’s Cash Wheeler gave him some advice to calm down his nerves before his most recent TNT Title Match.

Ever since his time as MJF’s bodyguard, Wardlow has earned a lot of support from the AEW fans.

After finishing his feud with MJF at the AEW Double Or Nothing pay-per-view, Wardlow put his sights on capturing the TNT Title from Scorpio Sky.

Now, after finally defeating Sky on last week’s episode of Dynamite, Wardlow has revealed on ‘The Busted Open Radio’ that he received some valuable words from his former Pinnacle partner- and one half of FTR-Cash Wheeler.

“Cash [Wheeler] gave me a pretty nice pep talk right before, so that might have helped calm my nerves. Cash and Dax are always helping me out. Those guys are phenomenal. So I think Cash got in my head a little bit. He reminded me to breathe, have fun, enjoy the moment, and really absorb it.

He said, ‘Tonight’s going to be one of those nights that you want to remember forever, so make sure you go and absorb it so you can remember it.’ I really tried to do that, and I felt like I did do that. Oddly enough, it was the most comfortable I felt in the ring.” (H/T WrestlingNews.co)

‘Mr Mayhem’ also recalled that he felt the same way when he faced CM Punk earlier this year.

“The only time I can recall this happening was with CM Punk. It was kind of the same experience. That match and this match were the only two times I really looked around the crowd, looked at people, interacted with people, and absorbed the moment and really had fun in the match.” (H/T WrestlingNews.co)

Wardlow has promised that he vows to give the TNT Title all of the prestige it originally had.

So, we could expect to wait and see what the future holds for both Wardlow and the TNT Championship.