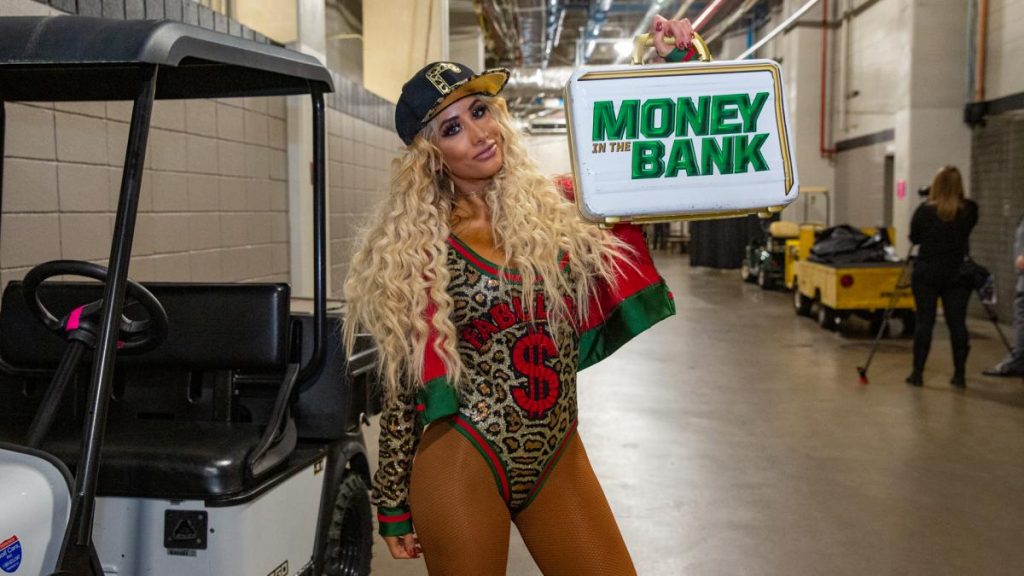 Carmella recently appeared on an episode of WWE After the Bell Podcast where she was asked about Mandy Rose’s comments about wanting to be respected for what she does and not just for her looks.

“That fires me up, it really does. I get so upset when I hear something like that because [Mandy] is pretty, and she’s a babe, and she has a great body then she can’t be good in the ring. She just can’t.”

Carmella also talked about when she was first signed in NXT.

“When I got signed in NXT, I remember Bill Demott said, ‘You’re going to have to work twice as hard as everyone else because you’re pretty.’ I remember being like what? That’s crazy,” Carmella said

“You see all these girls from the past that were gorgeous and these models and all of that, so I was like, that’s crazy to hear from a coach. You’re going to have to work twice as hard because people aren’t going to respect you because of how you look?” (H/T Wrestling Inc.)

Carmella has won the Smackdown Women’s Championship and was also the first woman to win the Money In The Bank briefcase in WWE.

She has recently been involved in a rivalry with Liv Morgan.