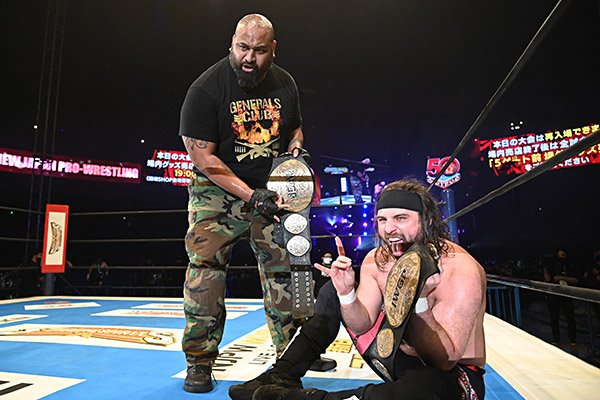 As noted on a recent statement, Chase Owens will be missing tonight’s NJPW event due to a family loss, with him and Bad Luck Fale withdrawing from the World Tag League.

New Japan Pro-Wrestling have recently released a very important statement regarding one of the top teams of the 2022 NJPW World Tag League. When addressing this, the promotion revealed that BULLET CLUB star Chase Owens will be missing tonight’s event in Osaka due to a family loss.

Additionally, NJPW also informed about their decision of cancelling BULLET CLUB’s scheduled match against Bishamon. Through a statement made on their official website, NJPW shared the following message about Chase Owens’ situation:

“Thank you for supporting New Japan Pro-Wrestling. Chase Owens, who has been competing alongside Bad Luck Fale in the World Tag League, will be returning home for the remainder of the series following a death in the family, and will be absent from events starting tonight in Osaka.

We apologise to fans who were looking forward to seeing Chase wrestle, and appreciate your understanding. Tonight’s scheduled bout between Fale and Owens and Bishamon will be cancelled.” (Via NJPW1972.com)

With Chase Owens’ Withdrawal, What Will Happen To BULLET CLUB In The 2022 NJPW World Tag League?

About this, NJPW revealed that BULLET CLUB will be missing the remaining commitments of the 2022 World Tag League. Additionally, the promotion stated that they will award 2 points to Chase Owens and Bad Luck Fale’s remaining opponents.

“For the remainder of the tour, Chase and Fale’s World Tag League matches will be forfeited, and two points awarded to their scheduled opponents. Forthcoming World and Super Junior Tag League dates will also see card changes.”

Everyone here at Wrestling Republic would like to join NJPW -and fans around the world- in sending our condolences to Chase Owens and his family, while also wishing them nothing but the best in these hard times.