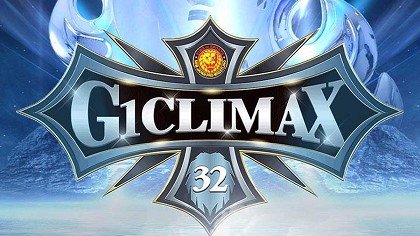 Overall Night 3 of the G1 Climax was carried by one really solid good match with the rest being not that good. The show structure made sense to an extent with the main event being the best and top match of the show. The crowd was a solid crowd that was interested in all of the matches including welcoming back Lance Archer in a great way. Storylines slightly low since nothing is done to further anything but I am ready for the next night of the G1 Climax.

ABOVE AVERAGE David Finlay Vs Yujiro Takahashi – Block D Match: Overall this was an alright match, but a step down from Night 1 and 2’s opening block matches. I’m not sure what didn’t click here but there was nothing really innovative and the crowd was not that responsive. The majority of things done in the match were clean and looked good but the match lacked the ability to make the viewer invested.

GOOD Tama Tonga With Jado Vs Chase Owens – Block B Match: Tama Tonga was able to stop the pre match attack from Chase Owens, getting a high back body drop. Chase Owens attacks Jado, Tama’s manager. Chase gets control with a russian leg sweep into the barricade before hitting a neckbreaker onto the padding. Tama gets back into the ring at the 16 count with Chase continuing to work and attack Tama. Chase dominates the match as the crowd work to motivate Tama Tonga with Chase staying in control. Chase tries for a second double axe handle but Tama gets Chase in the gut. Tama takes control with a nice clothesline before he gets the comeback. Jado would fix the pads after Chase was going to do a suplex onto the concrete. Jado also stops Chase from using a chair with the crowd firmly cheering him. Tama gets the supreme flow for a nearfall. Chase counters the gun stun before failing two attempts at a roll up. Tama goes for a springboarding gun stun but it counters again. Tama launches Chase via a slingshot into the corner before hitting the gun stun for the win. I dig a lot of the Bullet Club Vs Ex Bullet Club action. Jado helping Tama really was over with the crowd which was good.

ABOVE AVERAGE Bad Luck Fale Vs Lance Archer – Block A Match: Overall I think this was a hoss fight that didn’t have a hoss fight feel. It was a solid match for what it was, Lance Archer was clearly missed and the crowd did truly care for him. Bad Luck Fale didn’t need the victory in my opinion. There were some decent things in this match, nothing fantastic but the finish made sense to protect Fale but I’m not sure if Fale needed the victory in this match though.

Results: Bad Luck Fale by Count Out via Fale entering the ring at the 19 count.

GREAT Tetsuya Naito Vs Hirooki Goto – Block C Match: Both men lock up but Goto gets the better of the exchanges. Naito leaves the ring and plays mind games before getting Goto to come out of the ring also. Naito works on Goto on the outside using the barricade and the ring post to further work on Goto’s limbs. The story has evolved to Naito being the heelish/ in control wrestler who continues to target Goto’s arm to stay in control/ stop potential comebacks for Goto. The rest of the match had a lot of back and forth type of stuff. Including a spot where they were trading forearms for a solid 30 to 40 seconds. The match ended with Goto getting the GTR to pin Naito. Overall the was easily match of the night, and it was very solid. I had this as the best structure match going from the mind games to the arm working, to the match getting even. It felt important and had a great build for the match. One of the top matches of the g1 so far.

Overall Night 3 of the G1 Climax was carried by one really solid good match with the rest being not that good. The show structure made sense to an extent with the main event being the best and top match of the show. The crowd was a solid crowd that was interested in all of the matches including welcoming back Lance Archer in a great way. Storylines slightly low since nothing is done to further anything but I am ready for the next night of the G1 Climax.

Photo Credit: (NJPW) For inquiries about the rating criteria check out the article announcing the new system here: