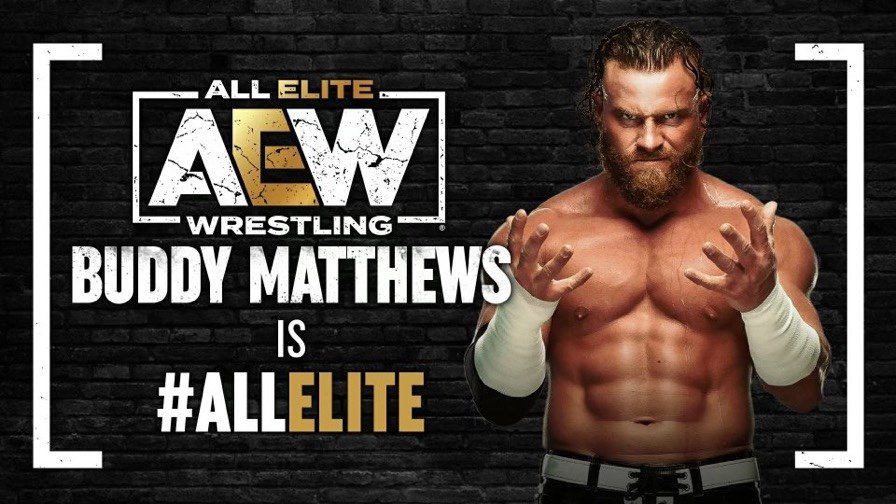 He is not a secret no more. Buddy is All Elite!

During the February 23 episode of AEW Dynamite, The Kings of the Black Throne (Malakai Black & Brody King) faced Penta and PAC, continuing their feud from November 2021.

Penta Oscuro and Pac beat The Kings Of The Black Throne by choking Malakai with his mist and then rolling him up for the win. The House of Black attacked PAC and Penta after the match; before Malakai could drive a shovel through Penta, the lights went out, and Buddy Matthews appeared. Buddy teased a potential rivalry with Malakai but helped Malakai and Brody attack Pac and Penta.

Matthews was released by WWE in June 2021 and has since worked for several different promotions, including New Japan Pro Wrestling, MLW, and PWG. Most recently, Buddy was involved in the 2022 Battle Of Los Angeles tournament, reaching the semi-final stage.

Black and Matthews had a notable feud on WWE television during 2020 when Matthews aligned with Seth Rollins’s group. Since their releases, they have faced off twice, one for House of Glory and once at WrestleCade.