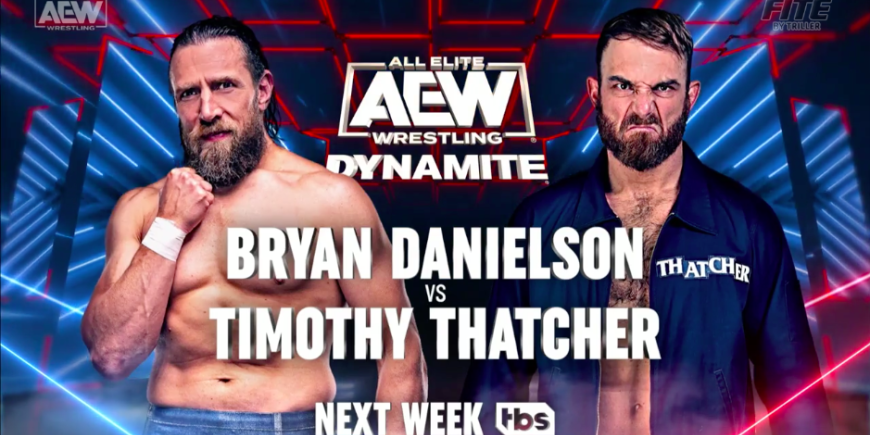 First, Timothy Thatcher will wrestle Bryan Danielson in a single match to make his All Elite Wrestling debut. In order to wear down “The American Dragon” in advance of their prospective AEW World Championship match at AEW Revolution, MJF enlisted Thatcher’s assistance. Thatcher is a present-day Pro Wrestling NOAH wrestler and former WWE NXT talent.

This week’s dynamite broadcast featured a video package with highlights of Thatcher from NOAH as he was introduced as Danielson’s next challenger in the gauntlet series on his way to a shot at the AEW World title versus MJF at Revolution.

In addition, Hangman Adam Page and Jon Moxley will square off for the third time. Since losing to Moxley in their second singles match on January 11, Moxley hasn’t appeared on any AEW programming since.

The TNT Championship fight between Darby Allin and Samoa Joe is also scheduled, but this time it will be a No Holds Barred contest. The last time these two faced off was when Darby Allin defeated Samoa Joe for the TNT title on the January 4th episode of Dynamite.

The AEW World Tag Team Champions Anthony Bowens & Max Caster, the Acclaimed, will be competing as a tag team. The opponent has not been announced yet.