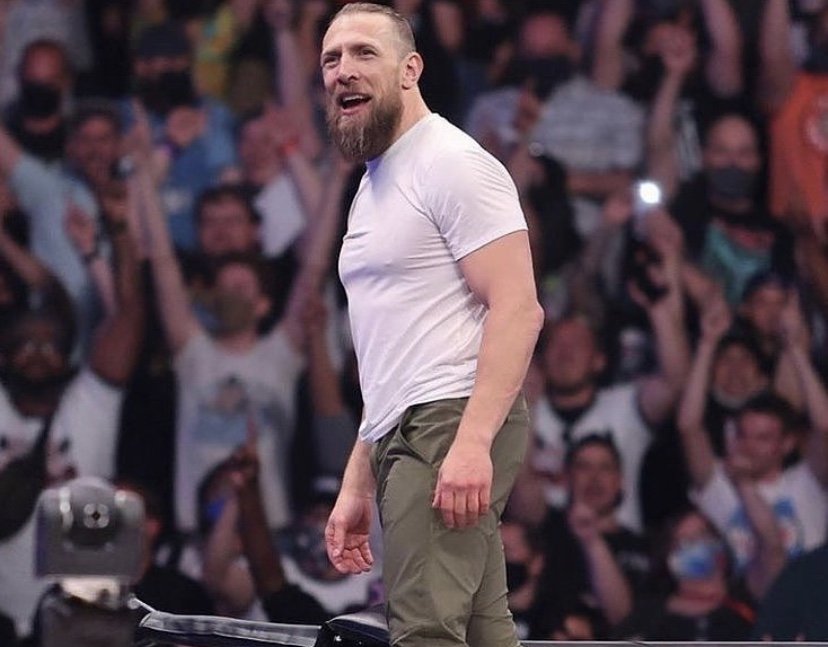 When Bryan Danielson made his All Elite Wrestling debut last night, fans instantly questioned why Bryan was not joining fans when they were doing his renowned Yes Chants. During an interview in the AEW All Out Post Show Media Scrum, Bryan revealed if he will be continuing the ‘Yes Movement’ in AEW.

“I don’t know, we’re going to have to talk about what I can do and what I can’t do, so I don’t know. So one of the things I do try to respect, because like I said I appreciate the people I worked for before, and respect their intellectual property and that kind of thing. I am trying to make sure I don’t contradict any of that and the fans doing it is great, but I’m not sure if I’m going to do it”

When asked when he started to begin thinking about making the jump to AEW, Bryan responded “I started thinking about things and WWE was really gracious with me as far as the offer they gave me, they were going to go let me do some other stuff, and outside, but there’s just, I hate to say, Vince and I have a great relationship and I love him I do, but sometimes he’s overprotective of me and I want to be able to push my limits, that’s one of the things that I love about this, is the physicality of what we do out there and being able to push my limits and do that here in a safe manner is one of the things that drew me here, and then there’s also the excitement, you know what I mean? There’s just an excitement and you see the crowd, probably we were all out there and you felt it, and you felt how excited people are about this product and it feels vibrant and it makes you feel like, even just watching it through a. tV screen in a trailer, and I’m sitting there thinking ‘God this is awesome’, I want to be apart of this. I really battled back and forth as there’s a lot of people there who I consider family, some who are legitimately my family I guess, and you know people that I love.”

During his contract negations with WWE earlier this year, it’s was reported by several outlooks that Danielson wanted to be able to work in NJPW, with Dave Meltzer reporting that WWE were in talks with the Japanese professional wrestling company about a potential partnership. These talks ended up folding, however since then the partnership between AEW and NJPW has only gotten stronger, and now that Bryan Danielson is in All Elite Wrestling, many are already dreaming of possible matches he can have in the land of the rising sun. However it seems fans will have to wait a little longer to see that, as Bryan revealed

If you use any quotes from this article, please credit Wrestling Republic for the transcription