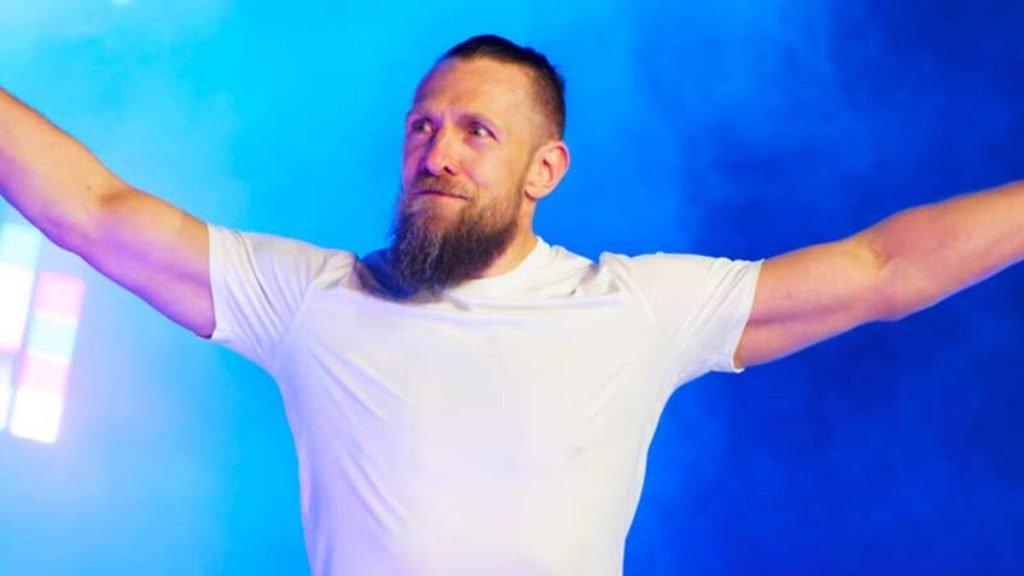 Bryan Danielson hated being on Total Bellas because he was dealing with his mental health and the instigated arguments did not help.

Bryan Danielson was interviewed by Renee Paquette for her podcast “The Sessions” this week at Starracast. The two covered a lot of subjects from WWE, AEW, Total Bellas, and his personal issues with The Miz.

On the subject of Total Bellas, Bryan stated that he hated being on the show’s first season. The show required strange things of him like pretending days had passed when they hadn’t.

“I have to go live in John Cena’s house. I hate filming reality television. You’re constantly changing clothes on the same day to go film something to pretend like it’s a different day. This is supposed to be real. Can’t I just wear my same clothes? They’re like, ‘No, you cannot.’”

At the time of filming, Bryan was struggling with his mental health and coming to terms with his forced retirement. The studio forcing of arguments between him and the rest of the cast put a strain on him until he ultimately left.

One instance in particular that took its toll was the fight between him and his wife’s sister Nikki Bella. He and his wife Brie were in the process of building a house, a subject for which Nikki’s objections made things heated.

“It was really hard because when you’re going through something like retiring and this thing that you love gets taken away from you, you like to be around friends and family. Brie was on the road full time with wrestling, so she was leaving on Fridays and not coming back on Wednesdays. We’d film Wednesday and Thursday, and she leaves on Friday. I’m in John Cena’s guest house. There are all these rules. I’ve got the dog. I love John. I think John is great, but that’s not the ideal thing to be in.”

“Then they manufacture these arguments that sometimes turn into real arguments. One of the real arguments got real, real. Then it was like, ‘Oh, Jesus, I don’t want to be here anymore’, so I just left. It was bad. It actually started with me and Nicole having an argument because Brie and I had bought this property. We were going to build a house. I wanted it to be a smaller house. Nicole wanted it to be a bigger house. It’s not your house. It’s my house.”

Another instance in which an argument became heated with his sister-in-law was the subject of being humble. Nikki’s opinions did not reflect Bryan’s in terms of being fortunate in one’s career.

“It got into this thing about deserving stuff, deserving this or deserving that, or whatever it is. My opinion on all of this is that none of us deserve these things that we’ve gotten. For example, I’ve met a lot of fantastic wrestlers along the way who never got to where I was purely because of luck, good or bad. Good luck on my side. Bad luck on their side.”

“When you look at somebody like Nigel McGuinness, who in theory, the only reason he wasn’t me or more successful was because he was honest about tearing his bicep, and I lied about concussions and seizures. That wasn’t a thing that I went to the doctor and when they’re asking you these questions, it wasn’t like I was thinking like, ‘Oh, I gotta lie to him about my concussion.’ They asked and that part of your brain that just reacts on instinct, said, ‘I’m good’, and he was like, ‘Well, I gotta tell him about my bicep tear.’ or whatever. That’s the difference between me getting to where I got and him never having a match in WWE.” (H/T WrestlingNews.com)

To listen to the full podcast episode, click the link below.