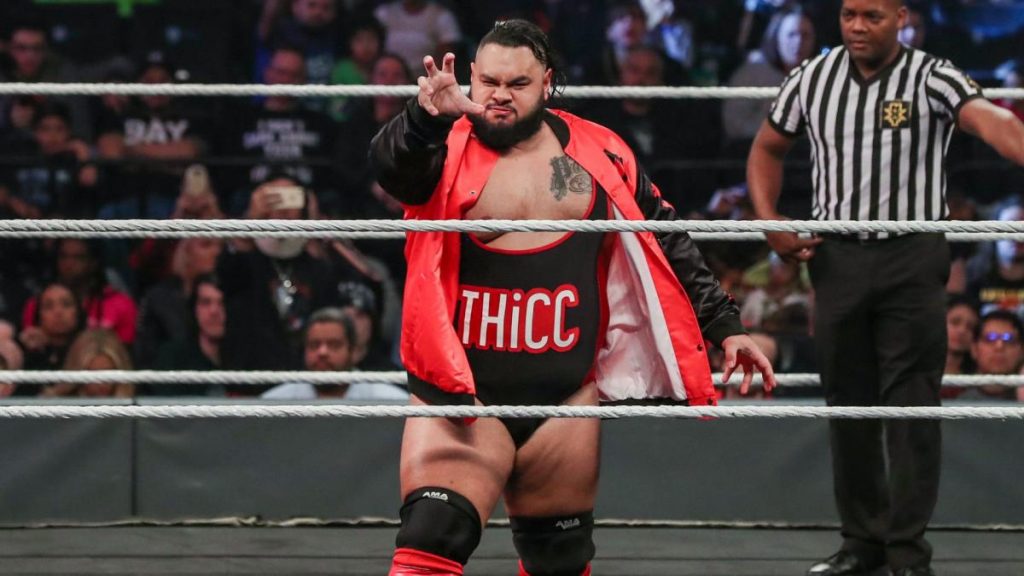 Bronson Reed has revealed that he’s in talks with ‘major promotions’.

Bronson Reed was among the many names released from WWE in early August, however his non-compete clause has now expired, meaning he is able to wrestle elsewhere.

Reed, who is now using his former ring name Jonah Rock, has sat down with Busted Open Radio to discuss his release, and what his future may hold. Reed began by revealing his initial reaction to being released.

“I was gobsmacked,” Reed said. “It was not something I was expecting. I was actually expecting to get a call to get moved up to RAW or Smackdown. And then, out of the blue, it’s the release call. So yeah, really surprised.”

Reed continued by detailing the phone call he received from John Laurinaitis, who is WWE’s Head of Talent Relations.

“I was called by John Laurinaitis, who is doing all those sort of things at the moment. And I made sure to ask. I made sure to be like ‘hey, why is this happening?’ He said, ‘there’s no real reason, it’s just a no for now.’ It leaves it up to debate, leaves me questioning myself for the last forty days.

“He did say, ‘the door is always open, keep working’, which obviously I am going to do. But it would’ve been good to have some sort of insight. I did do a dark match in the Main Event taping match for Vince. And the only feedback I got was, I was a babyface at the time, was to smile more, which I then did in my next couple of matches. Things like that, I can definitely change. In my opinion, I think it’s maybe the direction they’re going in from seeing the new NXT 2.0. But I’m not 100% too sure.”

Reed, who reigned as North American Champion shortly before his release, claimed that the decision to cut him may have not been a good one on WWE’s part.

“It’s definitely a bit of a head scratcher,” Reed said. “I thought I was primed for the main roster. I thought I could’ve done some great things on RAW or Smackdown. But that being said, if that wasn’t going to be an avenue, I was happy with NXT. I always believed in that product and thought I fit in really well there, as well. For me, it’s a bit of a head scratcher. I’m not too sure what it was, but I do know that decisions can be made at a whim. So I leave it as a business decision on their part, but maybe not a good one on their part.”

Later in the interview, Reed revealed that he’s currently in talks with the ‘major promotions’, and that he thinks he would fit well in AEW or IMPACT Wrestling.

“I’m in talks with the major promotions at the moment,” Reed said. “I can’t really say any which way where I’m leaning towards. But I do think that what I do offer, a 340 lb man that can go, I don’t think AEW really has that. Impact does have some bigger talent, but no one that’s my mold either. So I think I would fit in Impact or AEW. But I am a huge fan, and I did wrestle in Japan for a long time, so that is definitely somewhere I would like to work again. Granted, visas, immigration, and everything makes it a little difficult at the moment. So, for me at the moment, it’s sort of working on my immigration status. And hopefully in the next few weeks, I’ll have an answer for the fans of where you’ll be able to see me.”

Where would you like to see Bronson Reed (Jonah Rock) show up next? Let us know in the comments below, or over on Instagram.