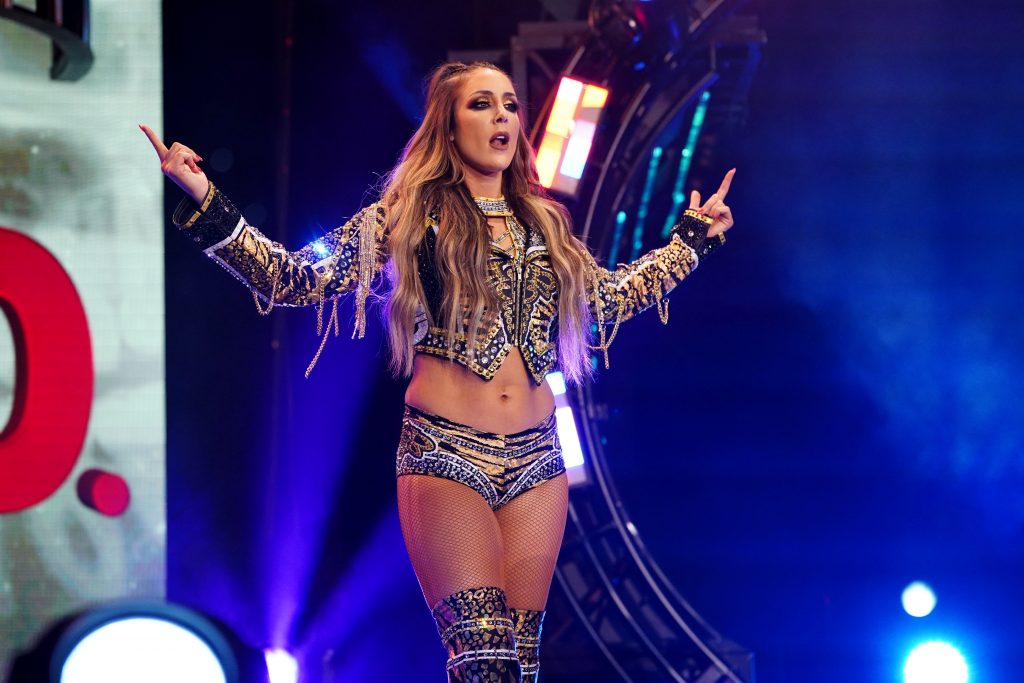 Britt Baker has revealed her dream opponent, who is currently suspended by WWE.

Unlike others in AEW’s women’s roster, Britt Baker hasn’t spent time on WWE’s main roster, and therefore has many first time opponents within the wrestling world.

As arguably the biggest female star in AEW, fans have discussed several ‘dream’ opponents for Baker should she follow Cody Rhodes in moving to WWE. She may not have to however, as her dream opponent is currently indefinitely suspended.

The former AEW Women’s World Champion Britt Baker recently spoke to Forbes where she was quizzed on who she’d be interested in facing. Baker gave an interesting response, as you read below.

“Since it’s a pretty hot topic right now, I’m going to say Sasha Banks.…I think she is one of the top draws in all of WWE. She’s such a superstar, she’s such a good wrestler,” Baker revealed. “She’s definitely somebody that I would love to wrestle.” (Via Forbes)

Sasha Banks and her tag team partner Naomi walked out of last week’s Raw taping in a controversial move which resulted in them being suspended by the company and stripped of their Women’s Tag Team Championships. The exact details of the situation remain unclear, with Banks and Naomi’s future within the company uncertain after WWE commentators Michael Cole and Corey Graves blasted the pair for their actions on live television.

Baker is currently involved in the Owen Hart Cup Tournament where she is set to face Toni Storm on tonight’s edition of AEW Dynamite to gain a place against either Ruby Soho or Kris Statlander in the final at this Sunday’s AEW Double Or Nothing Pay-Per-View in Las Vegas.