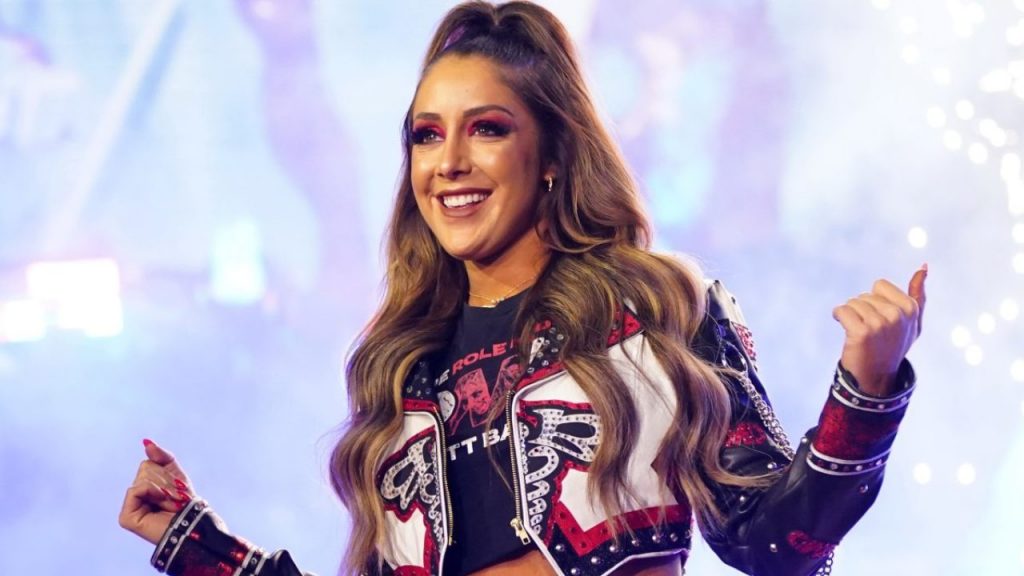 Britt Baker cited Bryan Danielson’s WrestleMania 30 storyline as her inspiration for getting into the wrestling business.

Britt Baker is undoubtedly one of AEW’s biggest stars and the biggest star in the entire women’s division. In AEW’s short time on air, Britt has become the longest reigning Women’s Champions at 290 days.

Britt dominated in 2021 during the pandemic era, but her reign ended earlier this year when she lost to Thunder Rosa. Now Britt’s best friend Jamie Hayter is champion and the two are currently feuding against Saraya.

However, AEW has been building growing tension between Hayter and Britt Baker for some time, and it’ll pay off sooner or later. But despite taking a backseat, for the time being, Britt will likely stay in the limelight.

She recently interviewed with Ian Douglass of The Ringer to talk about her inspirations in wrestling. Most wrestlers have a particular match that gave them the wrestling bug, but for Baker, it was an entire story.

For Britt, it was Bryan Danielson’s story leading up to his match at WrestleMania 30 that got her into wrestling. The whole idea of the company not wanting Danielson on top but the fans forcing them to do it was inspirational.

The conclusion alone is enough to bring a tear to anyone’s eye, so it’s no surprise it inspired anyone.

“The first storyline that made me immensely obsessed with wrestling and gave me the bug to want to do something like this and want to do this because of how the story made me feel, it was the Bryan Danielson storyline at WrestleMania XXX. How the fans really decided the storyline. To me, that was one of the coolest things in the world—that the entire wrestling universe got behind this one wrestler who was a massive underdog and should not have been in the spot he was in, but the fans made sure of it,” Baker explained. “That was the coolest thing in the world to me because there’s no other sport where the fans decide. In football, whoever has the most points wins, but in this sport, it’s really cool to see the effect that the fans have. It’s magical, really.” (H/T Fightful.com)

In hindsight, it’s an amazing coincidence that Danielson is the one to inspire Britt to wrestle, and they’re now co-workers.