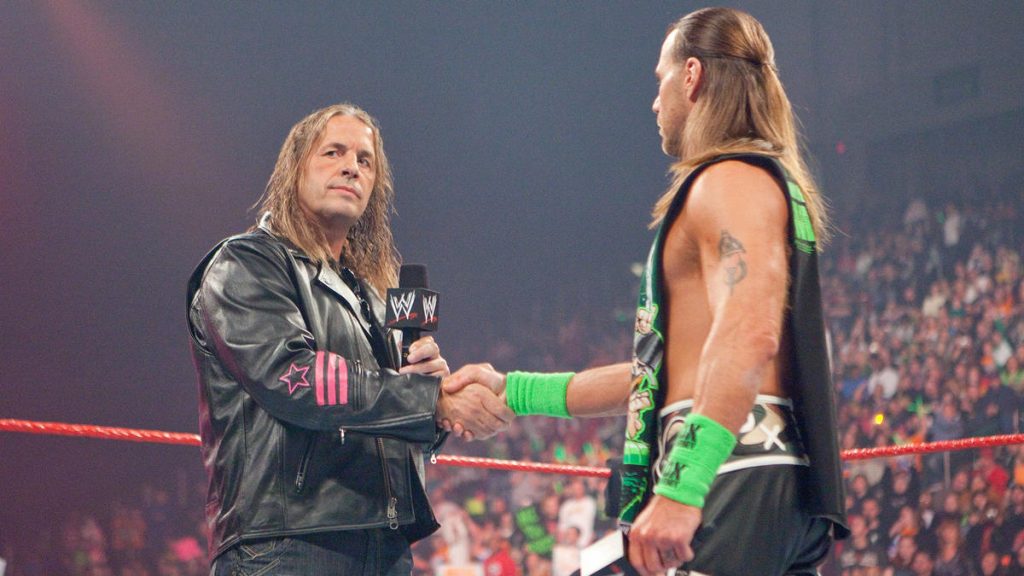 The Montreal Screwjob is considered one of the most controversial events in wrestling history. Through the years many talent and executives alike have given their opinions on matter.

November 9th marked the 25th anniversary of the Montreal Screwjob. Recently both Bret Hart and Shawn Michaels sat down and looked back at that evening.

For the anniversary of that fateful evening ‘The Hitman’ and ‘Heartbreak kid’ were profiled by The Ringer. Bret Hart discussed how he wished none of it ever happened and being able to repair things with Shawn Michaels.

Bret Hart discussed what lead to the handshake

After so much time had passed, some would be curious why Bret wanted to bury the hatchet with Michaels. “We had our issues over the years. But I watched Undertaker and Shawn Michaels wrestle at one of the WrestleManias. Even then, I had such a bitterness towards Shawn, but I had to admit it was one of the greatest matches I ever watched.”

He continued “That’s where I ended up deciding to make friends with Shawn and bury the hatchet and all that. It was very truthful, that little storyline with me and Vince and Shawn.”

The Hitman talked about when the two met in the ring for the first time 13yrs after the events in Montreal. “Me and Shawn making up in the ring (in 2010) and shaking hands and all that, that was all very real and very moving for me. And was not something that was orchestrated.”

Hart spoke about Michaels “Shawn wanted that off his back and I was in a position to take it off his back and that was the best resolution for both of us. We’ve been friends ever since. And I’m grateful that he’s in a better place today.”

Bret has always been a WWE guy

Bret said he has always considered himself a ‘WWE guy’ and feels resentment towards anyone who speaks otherwise. “I was always a WWE guy, always. And I almost resent when someone talks about me like I wasn’t. They’re surprised I’m even around today. But I gave everything I had to that company and I’m proud of everything I did in the ring and I’m proud of what I represented.”

The rivalry between Bret Hart and Shawn Michaels is considered one of the greatest in the history of the industry. Keep an eye on WrestlingRepublic.com to follow all the great rivalries currently unfolding.