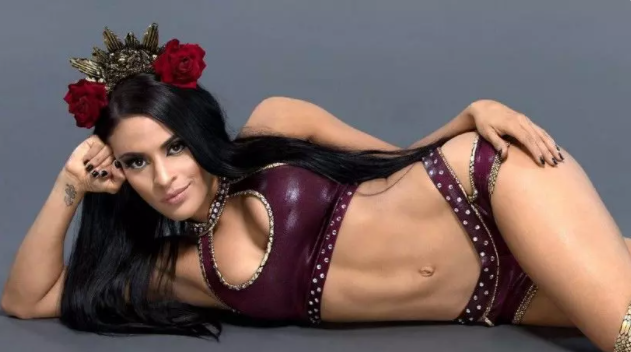 In a surprising twist to some, the once released WWE Superstar Zelina Vega has returned to Smackdown tonight, being unveiled by Sonya Deville as a part of the upcoming Money in the Bank ladder match.

Zelina had been released by WWE dating all the way back to last year due to her involvement in outside revenue platforms, which goes against more recent WWE policies. She was also followed by partner Aleister Black, so who knows about his future now.

However the interest between the two parties remained at large if an agreement could be made. And well, it seems as though they have. She had returned to twitch a little as Thea Trinidad, so it remains to be seen where that goes from here.

This possibility was well kept from the fans eyes, only being considered up to an hour before showtime tonight, therefore it was not spoiled for many people, myself included which is great!

As for the storyline sense of it all, this is all part of the continued combative narrative between Sonya Deville and Liv Morgan. She has been doing everything she can to earn her way to money in the bank, but heels have gotten the focus of Deville in spite of Liv. I personally am glad they’re getting behind Liv a little, and bringing back Vega is awesome too.