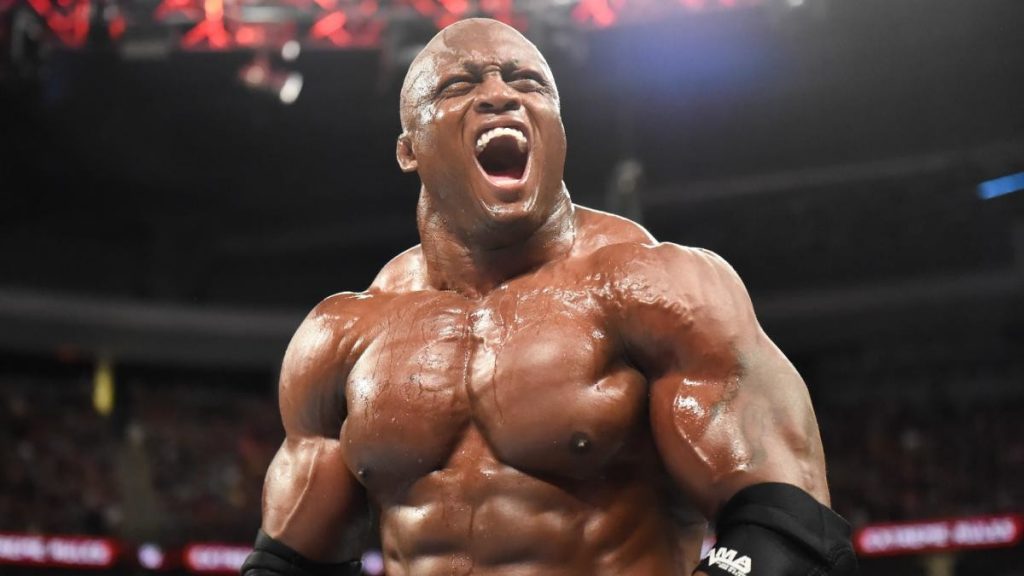 Former WWE Champion Bobby Lashley discusses the impact of the Hurt Business on an episode of Table for 3.

The Hurt Business was a short-lived faction that quickly grew into a fan favorite due to its fresh representation. Black wrestlers were put into certain categories within WWE for a long time, but the Hurt Business offered something new.

As much as the group was praised, it would be disbanded after less than a year together. The gang, minus MVP, reunited for an episode of Table for 3 to discuss the group and its impact on black representation.

“We’re dressing nice, and that was one thing we made sure that we did all the time is come as the character that we wanted to be, which was professionals; that’s where the ‘business’ part came into it. I loved everything about it, and I think it transcended so many different areas that we want, that we got locked into, and I think so many people saw that. I got a couple of messages on Instagram. They took pictures of their son like, ‘My son went in the closet, put on a little suit after he saw you.’ That’s incredible. That made me feel good.” (H/T WrestlingInc.com)

The group would briefly reform late last year to aid Bobby Lashley briefly in his feud against Big E. However, they would only be together for a few short months before disbanding again.

Cedric Alexander and Shelton Benjamin have been featured on TV very little while Lashley and MVP continue to be featured prominently.