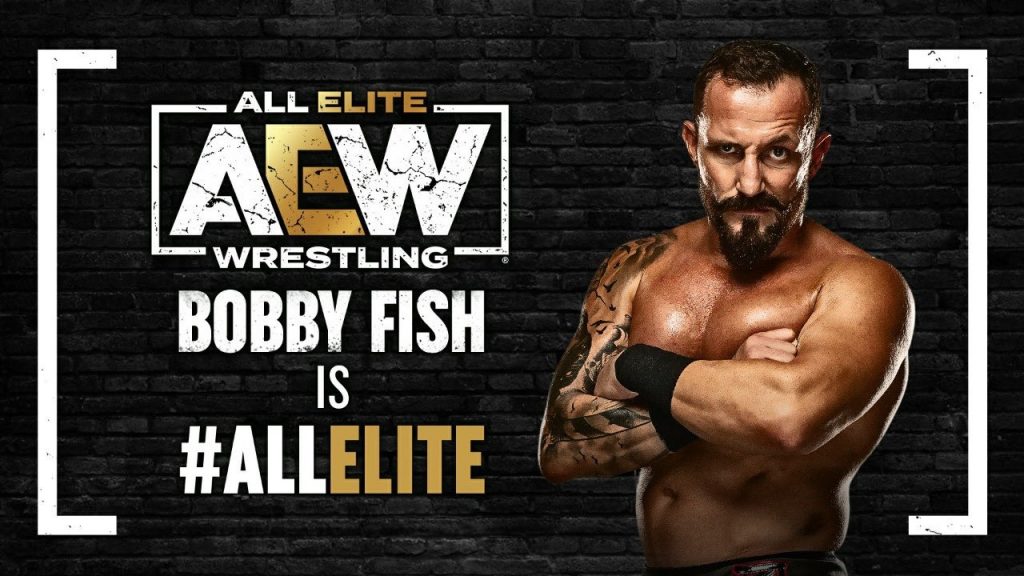 Bobby Fish is All Elite!

After making his first appearance in All Elite Wrestling, AEW announced that Bobby Fish has signed with the company.

Fans were wondering if Wednesday’s match with Sammy Guevara was a one time appearance or something long term but as we now know Bobby Fish has officially signed with AEW.

Fish was released by WWE in August after winning the NXT Tag Team Championships with the popular tag team The Undisputed Era alongside Adam Cole, Kyle O’Reilly and Roderick Strong.

It will be great to see what Fish can do in AEW.