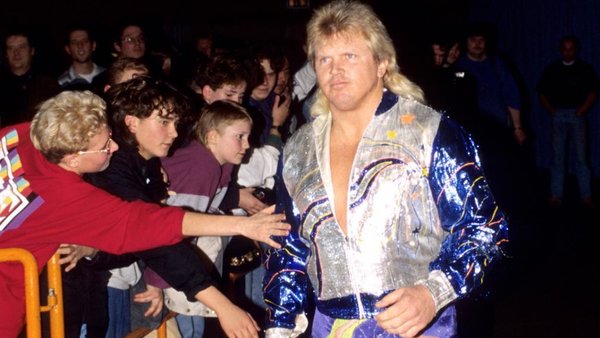 “I never wanted to have to post this, but my Little Brother Beautiful Bobby Eaton passed away last night,” she wrote. “When I find out all the details I will post them. Bobby was the kindest, loving person you would ever meet. I loved him so much and am going to miss him, please say a prayer for my [niece] Taryn. She found him. And she just lost her Mom a little over a Month ago.”

Bobby Eaton is known by many Wrestling fans, historians and Wrestlers as one of the best to ever step inside the ring.

Bobby Eaton got started into the Wrestling business in the Nick Gulas territory in the late 70s before then moving to Jerry Jarret’s Memphis territory. Bobby stayed for most of his time in Memphis as a singles guy, but did win the AWA Southern Tag Team Championships with Duke Myers.

In late 1983, Bobby Eaton moved to the Mid South territory as part of the newly formed Midnight Express with Dennis Condrey and manager Jim Cornette as part of a talent trade with Memphis. Bill Watts in a shoot interview said about Bobby Eaton “Bobby Eaton…what can you say about Bobby Eaton? He does it all”. The Midnight Express then had great rivalries and matches with Mr Wrestling II and Magnum TA, Bill Watts and Junkyard Dog, The Fantastics and of course The Rock N Roll Express, which was a rivalry that broke records in the Mid South area.

The Midnight Express split up in 1990 in WCW after Jim Cornette and Stan Lane quit. But that didn’t stop Bobby Eaton from showing how good he was at his craft. Bobby Eaton came part of Paul E. Dangerously’s “Dangerous Alliance” where he picked up a Telivision Championship and the Tag Team Championships with Arn Anderson. At this point of his career, Bobby Eaton was known by everybody as one of the best workers not just of his generation, but one of the best to ever step inside the ring. He was so dynamic, he could do anything and could have anybody’s match. Bobby Eaton remained with WCW until 2000, not only because he was a great wrestler, but also because he is known as one of the nicest guys you could ever meet.

We here at Wrestling Republic send our condolences to Bobby Eaton’s family and friends.