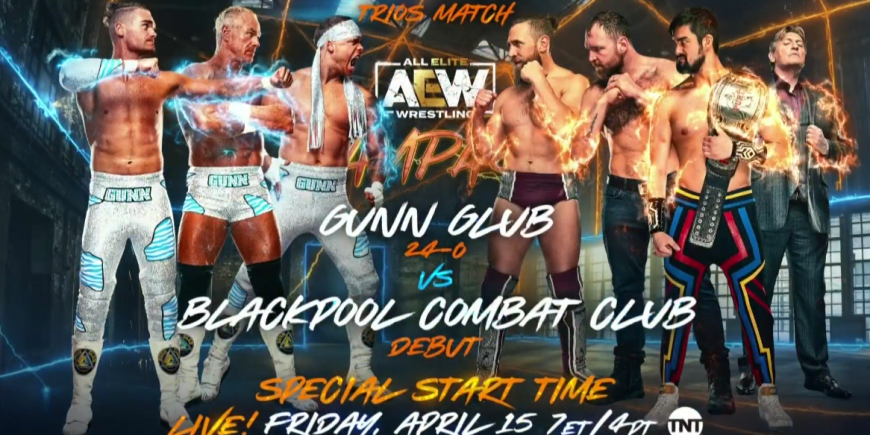 Two more matches have been made official for the April 15 episode of AEW Rampage.

First, Wheeler Yuta will have his first match alongside Bryan Danielson and Jon Moxley as the Blackpool Combat Club takes on Austin, Colten, and Billy Gunn. A backstage promo on this week’s Dynamite Moxley says he doesn’t know Gunn Club but still plans on breaking their faces. He then told Wheeler that it was time to get mean.

Another qualifying match will take place for the Women’s Owen Hart Foundation Tournament. Ruby Soho will face Robyn Renegade, with the winner becoming the 5th competitor to qualify for the tournament, which will conclude at Double or Nothing. Jamie Hayter, Toni Storm, Red Velvet, and Hikaru Shida are already qualified.

The updated card for Friday’s show can be seen below.