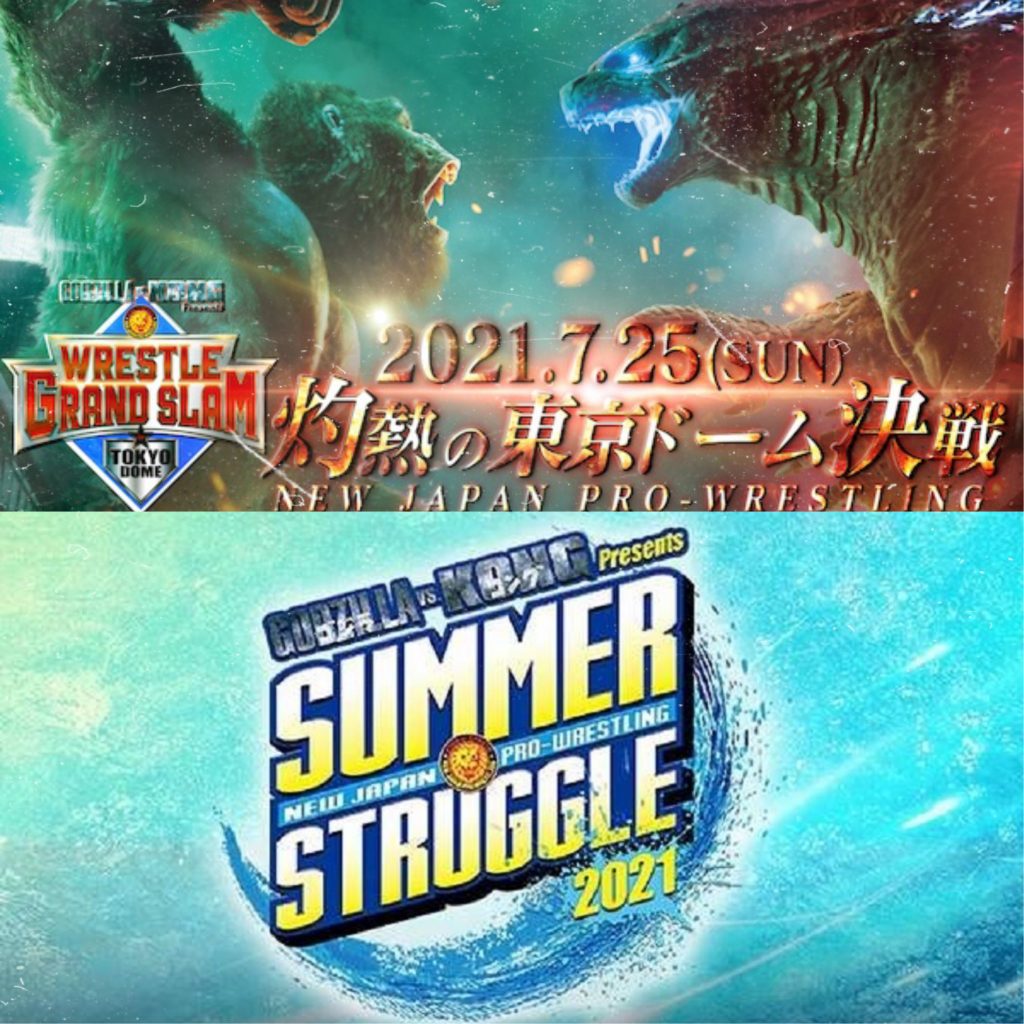 Photo Credit:NJPW
Today, new matches were added to the Summer Struggle 2021 tour and Wrestle Grand Slam in The Tokyo Dome.

Summer Struggle will return to The Edion Arena in Osaka for 2 days with amazing matches. This year we will see singles matches with the members of Dangerous Tekkers against Naito and Sanada. This will lead up to the rematch that they will have at the Tokyo Dome. For day 1 we will see Sanada against ZSJ and Naito vs Taichi. For day 2 we will see a switcheroo with Naito vs ZSJ and Taichi vs Sanada (or Sanayan/sanaやん as Taichi and most Japanese fans call him)

We will see 2 storyline matches in Aichi in the Dolphins Arena. We will see Tomohiro Ishii finally going up against EVIL. I think we all have been waiting this to happen and settle. For the main event we will witness a rematch of a past feud that got awaken. Hiroshi Tanahashi vs Kenta. This match got set up when Kenta attacked Tanahashi at Summer Struggle in Sapporo when Tana was appealing the fans.

Finally after weeks of delays, we finally get WGS at The Tokyo Dome. And the final card as been confirmed. Surprising thing is, only one match of this card is a non title match, expect to see a-lot of 5 star hits! First we will see the New Japan Rambo/ Royal Rumble for the KOPW 2021 Provisional trophy. High stakes for Yano as he will have to survive a whole rumble to keep his “baby”. But he does know what he is gonna get himself into as he proposed the rule.

Next we will see the match that Phantsmo said “no, f*%k you” but Gedo said “YES”. We will see the Mega Coaches challenging BC’s true 3K, BC’s cutest tag team, ELP and Ishimori. The Coaches challenged ELP and Ishimori post match at Summer Struggle in Sapporo and Phantasmo said a clear no. Rocky said to watch out and I thing this is what he meant as they will be competing for the tag gold!

Next we will see the Bird of Prey against El Desperado fighting for the IWGP Jr Heavyweight gold. This goes back to Sapporo after Desperado successfully defended his title against Taiji Ishimori. After his win the lights went out for a bit and we heard “Afterglow” and Robbie Eagles came on the screen and challenged Despy for the gold.

Next we have Okada vs Cobb. I believe this will be a fist fight because of the face to face the two had. It looked like a UFC weigh in in Sapporo! So after Cobb defeated Sho in a tag match in Sapporo, Okada came face to face with him and ignited a new big money spicy feud! Will the Rainmaker make it rain in the Tokyo Dome?

We now have the rematch of Naito and Sanada vs Dangerous Tekkers for the Tag Team gold. As you may know, Naito has won his first tag team gold in 11 years a couple days ago with Sanada in Sapporo against the Tekkers. After the match during backstage comments, the Tekkers has requested a rematch and Taichi and Naito said anywhere, anytime is fine and they finally decided on the Tokyo Dome. And news from ZSJ, Naito is still a D*%k head.

Ladies and Gentlemen, are you ready to see a war between a God and a Dragon. Sure I am! By Hiromu’s words “A False God” and “A very energetic middle aged man” will battle for the IWGP World Heavyweight Title. This goes back to Shingo winning the belt with an amazing bout with Okada and after the match, he called out Ibushi and asked him “Will you accept my challenge. Is it yes or Hai(yes in Japanese).” Ibushi responded with “I dont care if its a yes or hai! I will do it anyways!” Are you guys ready for this war between Takagi and Ibushi?

Are you guys ready for this hot summer action?