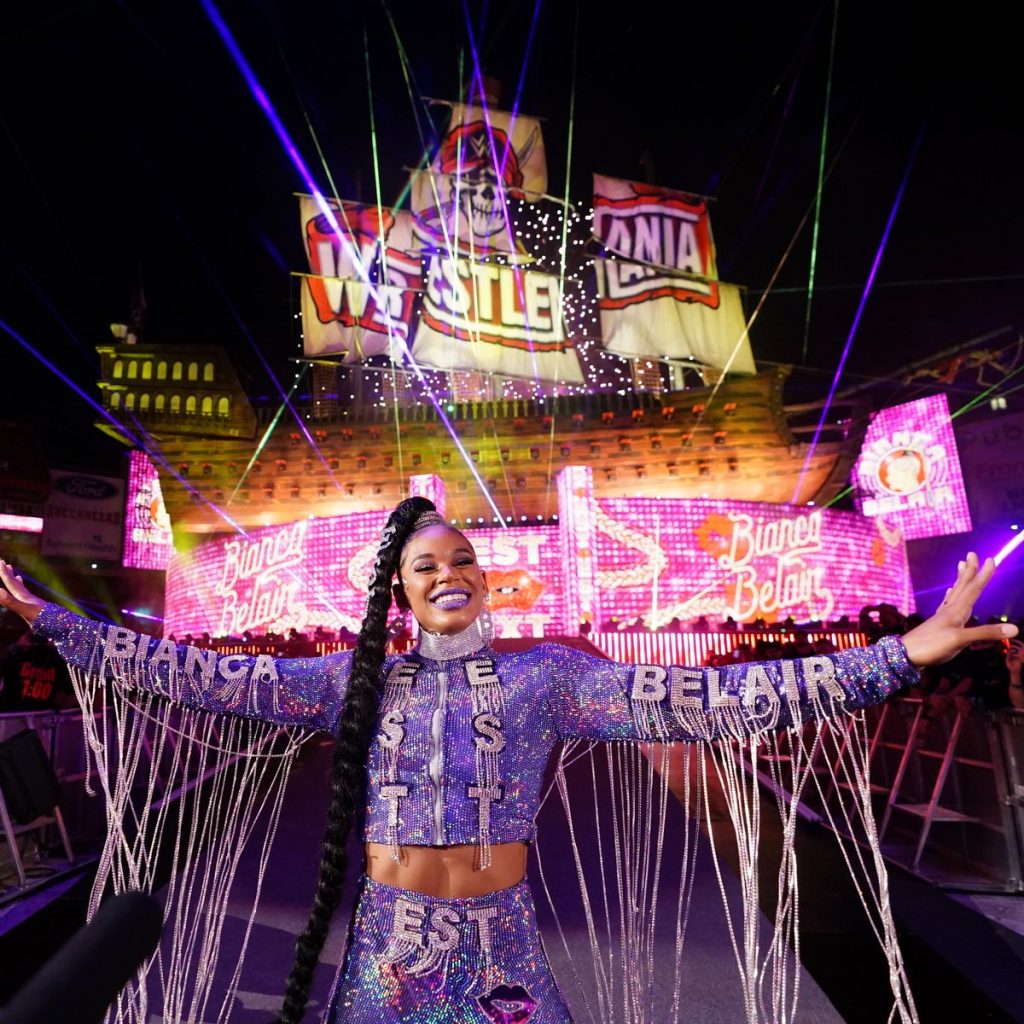 Fast forward to over a year later. Belair is now the reigning Raw Women’s Champion and Rhea Ripley is a pivotal member of ‘The Judgement Day’. As both women continue to solidify their status as top stars on the red brand, the buzz on if these former NXT rivals will cross paths in the future.

Bianca Belair vs Rhea Ripley at WrestleMania a ‘Dream Match’

Recently while speaking with Sam Roberts on Notsam Wrestling, Bianca Belair was asked about possibly facing Ripley at WrestleMania. Belair emphasized that she has always viewed a match between the two should be a WrestleMania match.

“I mean of course, I feel the same way. Any time Rhea Ripley and I get in the ring, we always make magic, and I feel like we did some amazing things in NXT together, and then we came up to Raw and SmackDown. We’ve been on both sides doing amazing things on opposite sides of this mountain top, trying to reach to the top. So that would be amazing.”

Belair proceeded to explain how she feels their feud is Wrestlemania caliber “I’ve always considered Rhea Ripley and I a WrestleMania match, a feud that could go down in history as one of the best feuds that women have had. I would love to have a WrestleMania match with Rhea. That’s a dream match of mine, to have it at WrestleMania.

The two women were scheduled to meet at WWE Money in the Bank 2022, but Rhea Ripley was unable to compete and was pulled from the match due to injury.

The women will be on opposite side of each other in the Women’s WarGames Match at WWE Survivor Series on November 26. This will mark the first time the two have met since the Raw women’s gauntlet match in February.

Belair says it doesn’t matter which ofnthe two, they’re both Wrestlemania level matches. “Whether it’s Charlotte or Rhea, I have so many WrestleMania matches that I still wanna have, but Rhea Ripley’s definitely at the top of the list.”

With both Ripley and Belair looking for a Marquee match against each other in the future, only time will tell if it happens. Keep an eye on WrestlingRepublic.com for an updates on Bianca Belair and Rhea Ripley