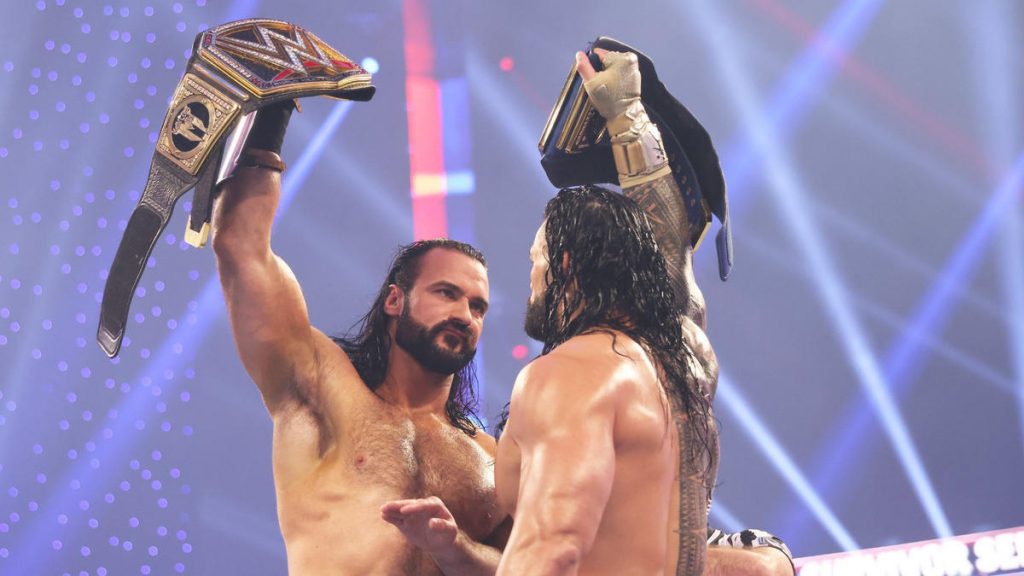 Roman Reigns and Drew McIntyre are set to face off for the Undisputed WWE Universal Championship at WWE’s UK Premium Live Event Clash at the Castle.

Although what might be a surprise for fans is how close the betting odds for this match are. The betting odds that are provided by BetOnline show that both the Undisputed WWE Universal Champion Roman Reigns and his opponent Drew McIntyre are at -120 (5/6). This means that McIntyre has a very good chance of being the one to end Reigns’ historic run as champion and win the championship in the United Kingdom.

The match should be a close encounter and you would assume that it will be the main event of the show in Wales. However, now that Karrion Kross has returned to WWE on the most recent episode of Smackdown that asks the question, will it stay as a singles match, could it be turned into a triple threat match with Kross involved or will Roman Reigns have to defend both of his titles on one show.

Drew McIntyre hasn’t had a world title match since WWE Crown Jewel in 2021, he’s looking to defeat Roman Reigns on his return to the United Kingdom. These two last faced each other one on one in a match at Survivor Series in 2020, in a champion vs champion match when McIntyre was WWE Champion which Reigns won.

WWE’s Clash at the Castle is set to take place on Saturday, September 3, in the Principality Stadium in Cardiff, Wales. The premium live event will also be shown on WWE Network and on Peacock.