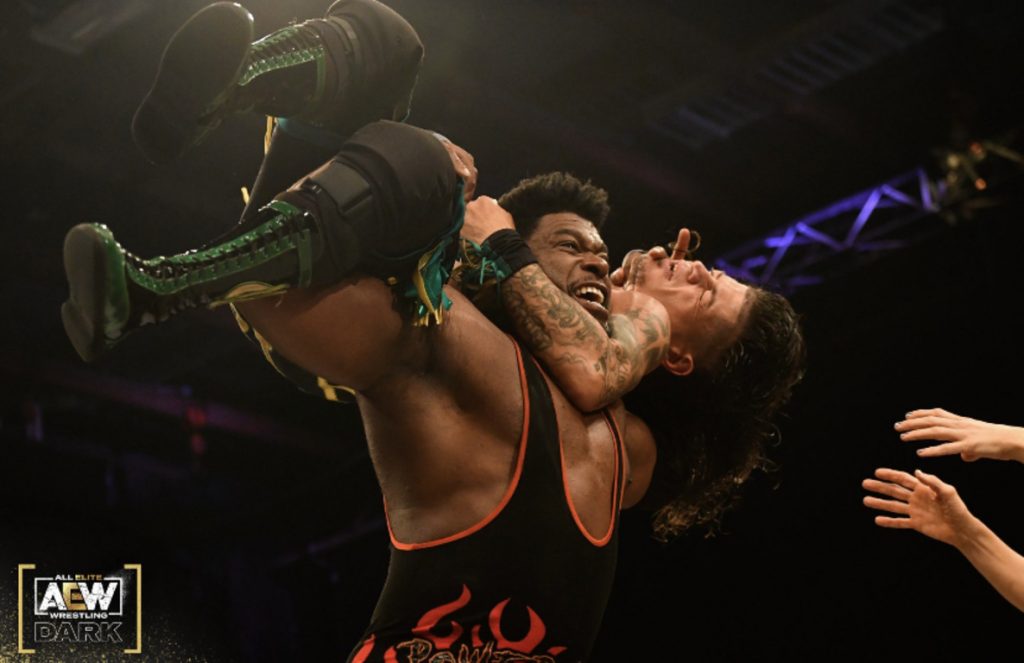 BELOW AVERAGE Julia Hart and Kelsey Heather: Julia and Kelsey’s match was solid, but it could have been better. At times during the match, things did not appear to be running as smoothly as they could have. This was a much needed victory for Julia after her loss against Jade Cargil.

AVERAGE: After the match, Tony comes into the ring to interview Hobbs after his victory over Gus De La Vega. Hobbs calls out Dante and tells him what he did to Gus De La Vega is going to happen to him too. Dante comes out and attacks Hobbs. This ends with referees coming out and holding Dante and Hobbs back from each other.

AVERAGE: Tony Schiavine speaks with Wheeler backstage before his battle against The Factory’s own Aaron Solo. Wheeler Yuta discusses how much he has improved in his match against Jon Moxely, but it still wasn’t enough. Wheeler believes he’s ready to use his momentum in tonight’s match against Aaron. Wheeler claims he is ready to show the world what he is capable of in his match tonight.

AVERAGE Anthony Ogogo and Tony Vincita: A good match between Anthony and Tony, but Tony didn’t get much offence against Anthony in this match. Anthony has appeared to have improved in the ring.

RESULT: Anthony wins the match by KO against Tony Vincita

AVERAGE: After the match, Tony comes into the ring to interview Lee. Lee talks about how he gets stronger, more confident, and he finds his focus. Lee then addresses the crowd and people from home that they are watching the metamorphosis of Lee Moriarty. Lee then ends his promo by telling everyone to watch their step and protect their neck.

GOOD Aaron Solo and Wheeler Yuta: This was an impressive match with Wheeler Yuta and Aaron Solo. Both wrestlers put up a good fight, and it appeared that either wrestler could win, but Wheeler Yuta won the match.

A link to the new rating criteria: https://wrestlingrepublic.com/wrestling-republic-are-proud-to-announce-our-new-ratings-system/