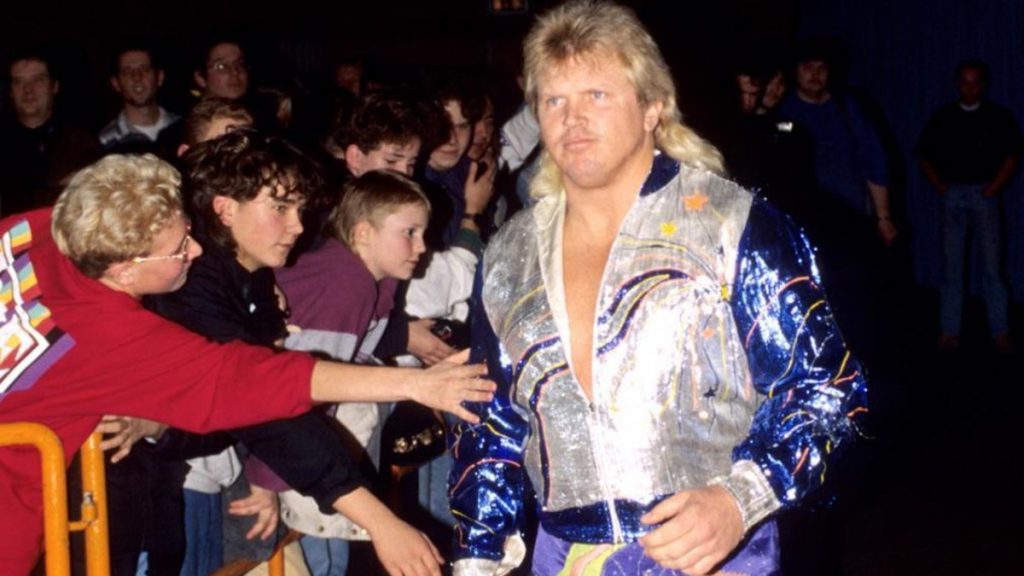 Beautiful Bobby Eaton has sadly passed away at the age of 62. He is known by many fans, historians and wrestlers as one of the greatest in ring wrestlers of all time. From his punches, to his leg drop off the top, to his Alabama Jam, Bobby Eaton could do it all and do it the best. Whether he was part of a tag team with The Midnight Express or a single, Bobby Eaton could make magic. Bobby Eaton could adapt to any style and any type of match, as you are about to see here. He could have wild brawls to slower paced technical matches to fast paced thrillers.

It must also be said that Bobby Eaton was an excellent Wrestler, but he was also an even better human being. No one inside the Wrestling business has a bad story about Bobby Eaton, everyone loved him. He is known as one of the nicest and most gentle guys you could ever meet. Jim Cornette has told a great story about Bobby Eaton in the past. The Midnight Express were working with The Fabulous Freebirds and after a horrible match because The Freebirds weren’t cooperative, both teams went into the back after the match in the anticipation to fight. When they met up and started arguing Bobby Eaton shouted at The Freebirds ”we ain’t just here to get you over you know” and everyone stopped and the room went silent and everyone stopped fighting, because it was unheard of for Bobby Eaton to get mad or argue.

With all of that being said, lets get through 5 Bobby Eaton matches you should watch.

This match would be the match that would give Bobby Eaton his first ever major singles championship.

You just know this match will be good when you see the participants. This match is a bit more faster paced than the match that is about to come up, with more reversals and spots. However, the psychology is relatively the same but this time with Arn working on the leg as a defensive tactic to hinder Bobby Eaton’s big moves. It didn’t work in the end as Bobby Eaton hit a beautiful leg drop off the top to get the win.

The reign unfortunately would only last 15 days, it definitely should have been longer considering the worker Bobby was.

By June of 1991 Bobby Eaton was split away from his Midnight Express partners and was Wrestling as a middle/upper mid card singles competitor. Also by June of 1991, Ric Flair was the World Champion, but had cut his hair short, fell on confidence and as a result didn’t feel like the same Ric Flair due to Jim Herd’s leadership. It comes to something when Ric Flair actually asked to wrestle Bobby Eaton, not the other way round and it’s known that Flair used to love to do spots with Eaton.

Some would say that this was Ric Flair’s last great NWA match, as the NWA Championship was still the top belt for WCW at this point. It wasn’t as speedy as the Midnight Express matches, but the psychology and selling was all there. The finish occurs when Bobby Eaton goes to the top rope, but Ric Flair pushes him off the top, onto the outside, causing damage to Bobby’s knee. Bobby sells it excellently through out the rest of the match and lost via pinfall when he couldn’t get up from the figure four due to the pain.

The match only went about 15 minutes for some reason and I believe if this was 15 minutes longer, it would be talked about more as a classic Ric Flair match like Flair vs Steamboat or Flair vs Funk.

If you ever want to see what being ”over” looks like, watch this match.

This is a classic Midnight Express vs Rock N Roll Express match it’s fast, it’s got heat, it’s creative and The Midnight work on Ricky Morton and Ricky Morton sells like only Ricky Morton can. Bobby Eaton was really tremendous in this match and you can see how smooth Dennis and Bobby were in this match. If you want to watch a match that is hot from the get go, with the crowd’s interest at it’s peak, watch this, the crowd even pops for when Robert claps hands with Ricky!!!

If you want to see a wild and woolly, Memphis style brawl then this one is for you.

It doesn’t take long for these two teams to start getting at it and causing mayhem. The two teams go to the outside and start throwing chairs and tables at each other until some semblance of order is restored. When order is restored The Midnight get heat on Tommy Rodgers, at one point slamming him into a flat table whilst the referee is distracted. The finish to this match is excellent, go and watch it, it makes you think how the match will go then suddenly goes the opposite direction, then when you think how it will go again, it surprises you a second time.

This match shows perfectly that The Midnight Express and Bobby Eaton could work any style and any match and do it well.

However, that didn’t stop the team of Bobby Eaton and Stan Lane from stealing the show at the Great American Bash in 1990. Going into this match The Midnight Express, despite being the NWA United States Tag Team Champions, were hardly shown on telivision and the Southern Boys of Tracy Smothers & Steve Armstrong were newcomers to WCW screens.

This match is an example of how to do two things, 1. making somebody look like a star, whilst still having them get beat and 2. reviving a totally dead crowd and making them go banana’s.

I don’t want to spoil the whole match, but the structure of the match was great with the relatively new Southern Boys getting the better of The Midnight Express at the start and showing off what they can do to make the people think ”golly these new kids are good”. Then after a nice heat spot by The Midnight helped with a Jim Cornette distraction, The Midnight get some good heat on Tracy before Tracy double up and overs The Midnight and crawls over to tag Armstrong who wellies fists and chops on The Midnight. The Midnight Express eventually win after a referee distraction allows Stan Lane to kick Tracy over the head which presents the oppurtunity for Bobby to win with a small package. It’s fun, fast, exciting and made both teams look great.

The Midnight Express vs. The Southern Boys – video Dailymotion

Honestly: Fans, we have to accept that wrestling was successful before the WWF/E.