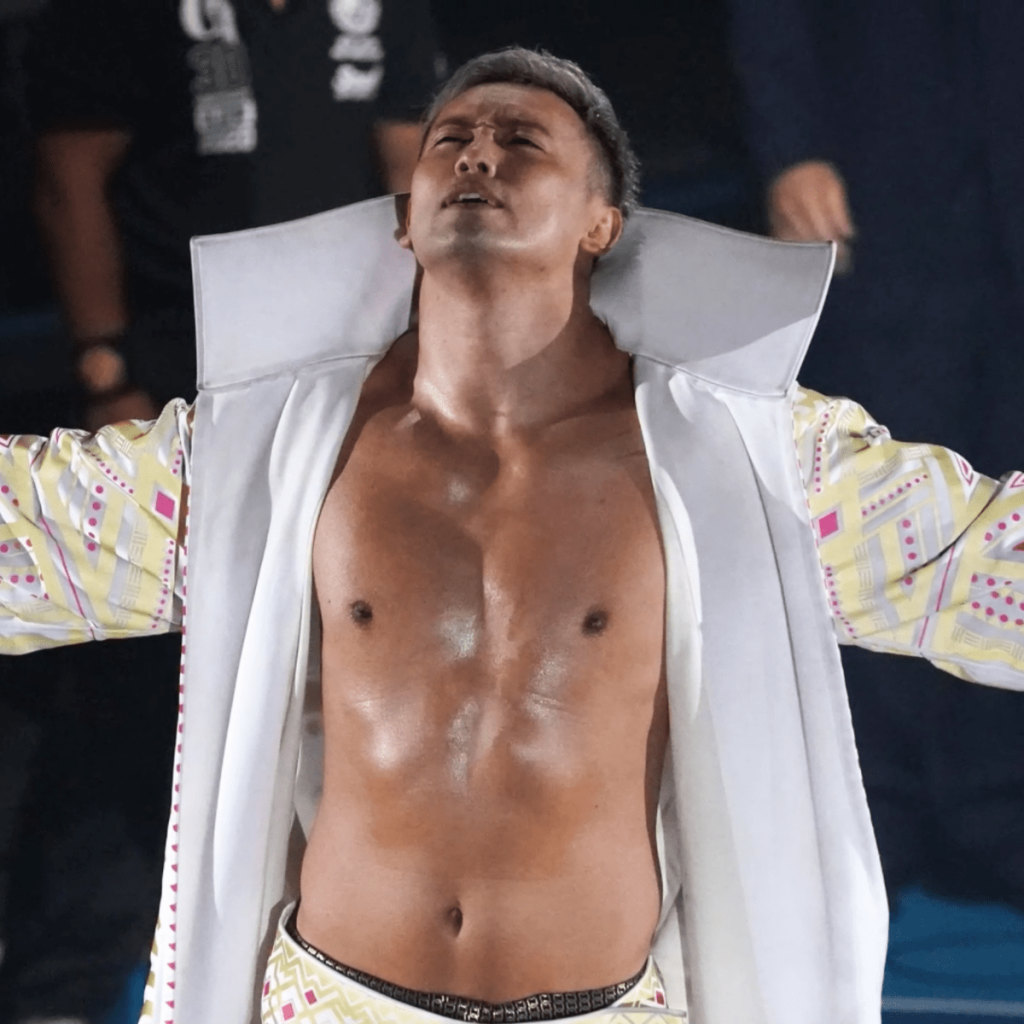 Well, 2021 has come and gone, and what a year it was for wrestling! There have been some incredible moments and memories for us all, so I thought I’d take the opportunity to write up my top 10.

The Fall of CONTRA

MLW shot up my viewing list in 2021, inspired in part by the excellent series of articles about the promotion on this site. The gradual collapse of the dominant CONTRA UNIT faction, topped off by the epic war between Alexander Hammerstone and Jacob Fatu provided a perfect old-school “babyface-overcomes-the-odds,” story. Check out the War Chamber match and the title match between Hammer and Fatu for the highlights of this storyline.

The storyline seemed written in the stars. Josh Alexander pinned Christian Cage, with the veteran passing the torch to one of 2021’s breakout stars. A jubilant Walking Weapon celebrated with his family, only for Moose to storm the ring, cash in Call Your Shot and nail the Lights Out spear. I remember shouting “NO!” multiple times at my laptop as I watched Alexander crash to the mat, his son watching on. It’s a simple twist, one that has been done many times before, but as invested as I was in Alexander’s climb to the top, this massive roadblock will make the ultimate victory all the sweeter.

A Star Is Born: Cora Jade

I have mixed feelings on NXT 2.0, but I have really enjoyed seeing them build up their new crop of main-eventers. You might be surprised to know that Cora Jade is actually the one I’m most excited to see what happens next with. She’s looked really promising, especially in her WarGames performance with that cage spot- I had my heart in my mouth!.  I foresee big things for her in the future, in NXT and on the main roster

Doug Williams Is Back!

The Ambassador of British Wrestling is back in the ring! Whether you remember him from TNA or the worldwide indie scenes, the legend making his in-ring return was a welcome sight. His match against Will Ospreay was a pleasant surprise, but the best part of this run is the newly reunited British Invasion. Nick Aldis and Doug Williams, two of British wrestling’s “old guard,” turning the clock back, perhaps for one last time. Now that NWA Powerr is back on YouTube, I can’t wait to watch!

Moving from the old guard to the present day of British wrestling, Moustache Mountain dethroning Pretty Deadly as NXT UK Tag Team Champions was another massive feelgood moment for me. I’ve already declared that match as my Tag Match of the Year, but it wasn’t the only title that Tyler Bate held this year. This year, the Big Strong Boi cemented himself as one of the best wrestlers in the world (at age 24!) and became the first ever Triple Crown NXT UK Champion, adding the Heritage Cup and the Tag Team Championships to his NXT UK Championship. One of my favourite wrestlers winning titles and having a good year? Has to go on this list!

I originally wanted to do separate examples for some of the incredible moments of representation we saw in 2021. Sasha Banks and Bianca Belair being the first black women to main event a WrestleMania. Mansoor and Mustafa Ali at Crown Jewel. AEW’s commemoration of Hispanic Heritage Month. Effy’s Big Gay Brunch and Fear The Gay Agenda shows highlighting wrestlers from the LGBTQIA+ community and countless other examples of positive representation. It’s been incredible to see a wrestling business starting to reflect the world we live in today. We may be some ways off a perfect world, and even further from a wrestling business that still has unpleasant elements. But, steps are being taken in the right direction, and as fans we have to support things like this.

Surprised to not see this as number 1? I was late to the CM Punk train. I never saw him wrestle, wasn’t following wrestling when he was in WWE. My “career,” as a wrestling fan was past Punk’s time. I STILL don’t think AEW NEEDED to bring Punk back. He’s looked great, don’t get me wrong and I’m glad he’s rediscovered his love for wrestling. Yet, I can’t deny the magnitude of that pop at The First Dance when the opening chords of “Cult of Personality,” hit. Chicago welcomed their beloved son with open arms, and it’s only been better since then. Solid matches, godly promos and another wrestling legend added to Tony Khan’s Pokedex. Can’t go wrong with that.

Speedball Gets His Shot

My favourite moment this year on the worldwide independent scene was seeing Mike Bailey sign with Impact Wrestling. Before he was banned from entering the US due to visa issues, it seemed that Speedball was an inch away from breaking into the American wrestling scene. His amazing work in Japan and the UK (go and watch his match with Michael Oku from RevPro) showed that he hadn’t lost a step, and his match with Josh Alexander which saw him get his contract was also beautiful. The sight of the Walking Weapon letting Speedball sign his Impact deal on his back was also a beautiful callback to Alexander’s own contract signing. Lovely stuff, and I can’t wait to see him in BOLA and IMPACT!

“Shibata Is Dressed To Fight!”

Katsuyori Shibata returned to wrestling in 2021. The four massive pops he got when entering at the G1 Finals (entrance, the crowd realising that he was in his wrestling gear, the announcement that this was a match and finally his ring announcement) cemented this as one of the best wrestling moments of the year, possibly ever. For New Japan fans, who had dared to hope that The Wrestler would come back today, this moment was tear-inducing. Welcome back Shibata. Please, no more headbutts.

Return of the Rainmaker

My wrestling moment of the year comes from WrestleKingdom 15, specifically the closing moments of Okada vs Ospreay. After a mocking Rainmaker from the Commonwealth Kingpin, Okada seemed to shift up a gear. To an audible pop from the TokyoDome crowd, Big Match Kazu set up and fired off the Rainmaker, dropping his former best friend to the mat for 3. The pop from a silent TokyoDome, Okada bringing back his true finisher for the first time in months led to an immaculate moment of storytelling. The other reason why this moment was so special is that this began my favourite storyline of 2021, Okada regaining his confidence and climbing the mountain of New Japan. Returning to his true “Rainmaker,” character, Okada tore through the G1 and reminded the world why when you hear a coin drop, the rain is coming soon after.