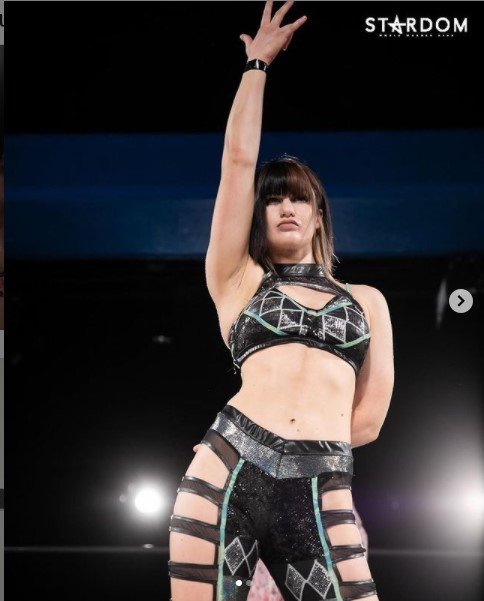 On June 24th we got the first teaser about a new superstar signing with NXT UK, today we finally found out who it was.

Just hours ago the wrestling world was shocked by the arrival of one of the best women’s wrestlers right now, Bea Priestley, to the British version of NXT.

Now known as Blair Davenport, she revealed her identity on a 52 seconds video with a strong statement.

” I have wrestled all around the world… I had sacrificed everything to get to where I am today…” she continues ” I have given up friends I´ve given up family to master what I do. Do you really think that I wouldn’t end up at the greatest women´s division on earth… Blair Davenport has arrived to NXT UK”

Before the breakout of the pandemic she had had appearances in AEW, even having a rivalry with the current champion Britt Baker so the rumors of her signing with company were strong even more after she left STARDOM, but at the end they did not reach any agreement.

The speculations of his decision to sign with NXT UK began to emerge after her current partner and former NJPW champion Will Osprey posted a photo on instagram confirming that Bea was leaving Japan.

Today we finally saw her destiny and where this same took her, without a doubt the emotion of seeing her in the red and gold brand is more alive than ever and we can’t wait to see her in action alongside the incredible wrestlers that NXT UK offers us.