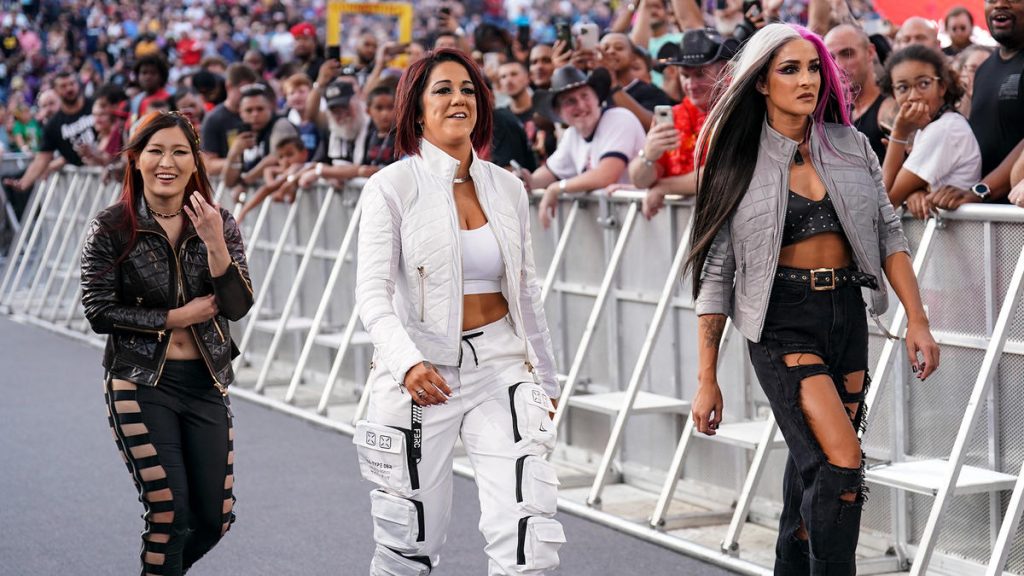 Bayley was the latest guest on The Five Count podcast where she discussed a variety of topics. One of these was the shift of power in WWE with Vince McMahon taking retirement and Triple-H taking over backstage.

Bayley revealed that she felt shocked and weird when Vince McMahon retired and stepped away from WWE. She said that things felt completely different backstage.

She revealed an incident saying how she and Balor were discussing how it felt like ‘twilight zone’ and ‘seven years ago again’.

Bayley’s Comments on The Five Count-

“It’s still so weird to me, when the news broke that he [Vince McMahon] was retiring, I was just in shock and it felt like we needed to…’do we party or sit around and sit in our feelings and feel weird?’ It was such a strange feeling,”she said. “It’s still talked about backstage how different things are. Not worse or better, just super different. Fortunately, for me, I’ve worked with Triple H for years since being in NXT and we have such a great relationship and he understands what I’ve been through and where I want to go and how I view my character and things like that. In that sense, it’s been so awesome. I can see a shift, it’s kinda like a new relationship, is how everybody feels. Everybody has a little extra spunk in them because it’s different.”

“I was talking to Finn Balor backstage and Triple H just walked by and was like, ‘Hey guys, what’s up?’ We were like, ‘Isn’t this so weird? It feels like seven years ago again,’ especially with Finn because he and I were champions at the same time in NXT and Hunter was very hands-on and having him there again feels like Twilight Zone.”

Bayley made her return with Io Sky and Dakota Kai as a stable on the SummerSlam PPV and starting a feud with Becky and Bianca in process. She will be challenging Bianca Belair for WWE Raw Women’s Championship at Extreme Rules PPV in a ladder match.