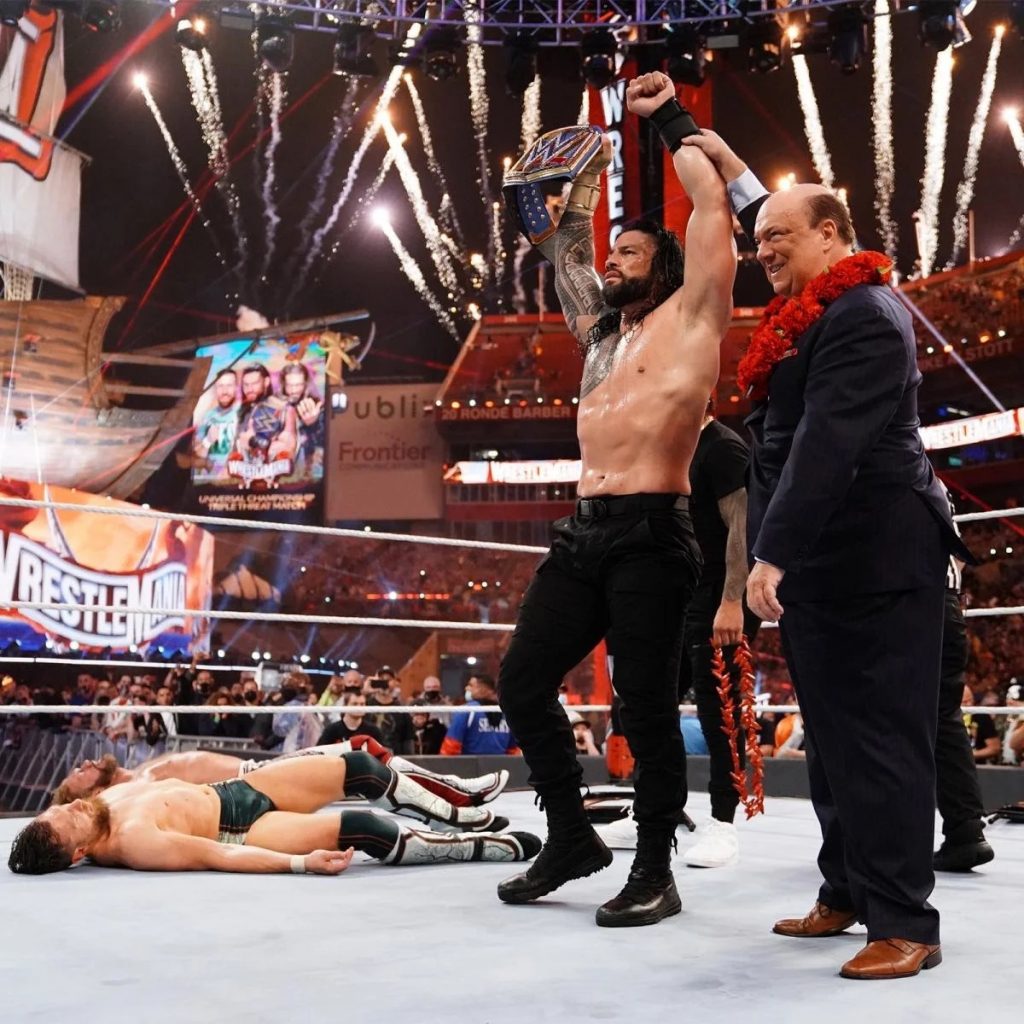 This past Friday’s episode of SmackDown saw Roman Reigns defeat Daniel Bryan, banishing him from SmackDown. And despite the match having such a huge stipulation, the main talking point coming out of the show wasn’t actually the match itself.

Instead, fans were reacting to the introduction of Roman Reigns’ new theme song. This was the first time in over six years years that Reigns used a different theme song in WWE, as he opted for a very similar version of The Shield’s entrance music after the group imploded.

Over the past couple of years, WWE have began to replace certain Superstars’ entrance music with Def Rebel, moving away from the the themes produced by CFO$ and Jim Johnston.

The report noted that ‘the wheels were in motion’ for Reigns’ new entrance music shortly after his return at SummerSlam last year, with work beginning to produce the theme at least six months ago.

Back in January, Reigns had revealed during an interview with Bleacher Report that WWE were working on creating a new theme song for himself, however he didn’t want to rush the process.

“We’re working on it. It’s not easy because I’m not going to… With this character, it has to be the right vibe. We can’t just hire a rapper and check out this guitar riff. It can’t be some rock music. The Shield music, I wasn’t even really into it back in the day; but over the years, it just started working. You get so used to it that I just time my pace to it. But yeah, it takes some time and it has to be right.

“In order to move away from something you’ve had for so long and is so recognizable like the music that I have now, it’s got to be perfect. It’s taking some time, but we’re definitely working on it, so please be patient.”

Thanks to WrestlingInc for the transcription.

Are you a fan of Roman Reigns’ new entrance music? Let us know in the comments below!