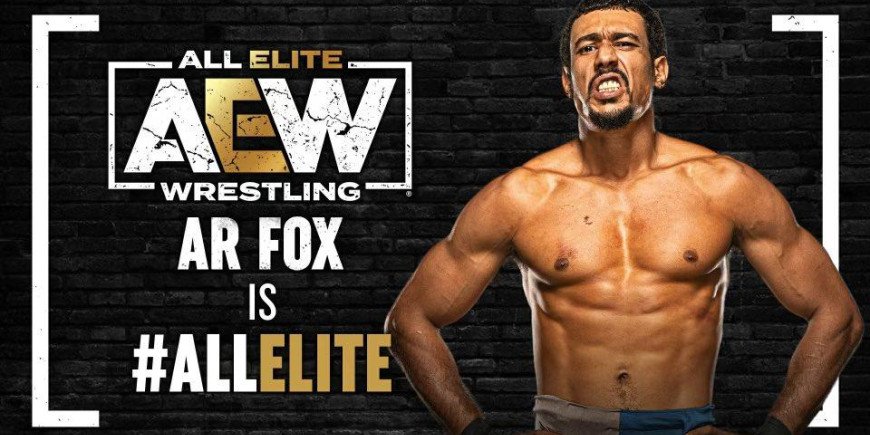 Tony Khan made a statement announcing that AR Fox had joined All Elite Wrestling. Following the airing of AEW Dynamite on November 16, Fox received a contract offer.

On that particular night, Fox collaborated with Top Flight (Dante and Darius Martin) to take on Death Triangle (PAC, Penta El Zero Miedo, and Rey Fenix) for the Trios Championships; however, they were unsuccessful.

Throughout the fall, Fox has been utilized on AEW Dark, taking on opponents including Eddie Kingston, Fenix, and Serpentico.

Fox is a seasoned athlete who made his debut in 2009 and has since represented organizations like EVOLVE, PWG, Dragon Gate, Lucha Underground, and more. He has assisted in the training of wrestlers like Austin Theory and AC Mack in addition to participating in the ring.

On the November 30 AEW Dynamite broadcast, Fox will take on Samoa Joe for the TNT Championship, according to Khan’s other announcement via Twitter.

Both the TNT Championship and the ROH Television Championship are currently held by Joe. In his contest with Fox, only the TNT title will be at stake.

Since capturing the TNT Title in full-throttle against Powerhouse Hobbs and Wardlow, this will be Joe’s first title defense on Dynamite.

Since capturing the TNT Title in full-throttle against Powerhouse Hobbs and Wardlow, this will be Joe’s first title defense on Dynamite.

Here is the current lineup for Wednesday’s AEW Dynamite