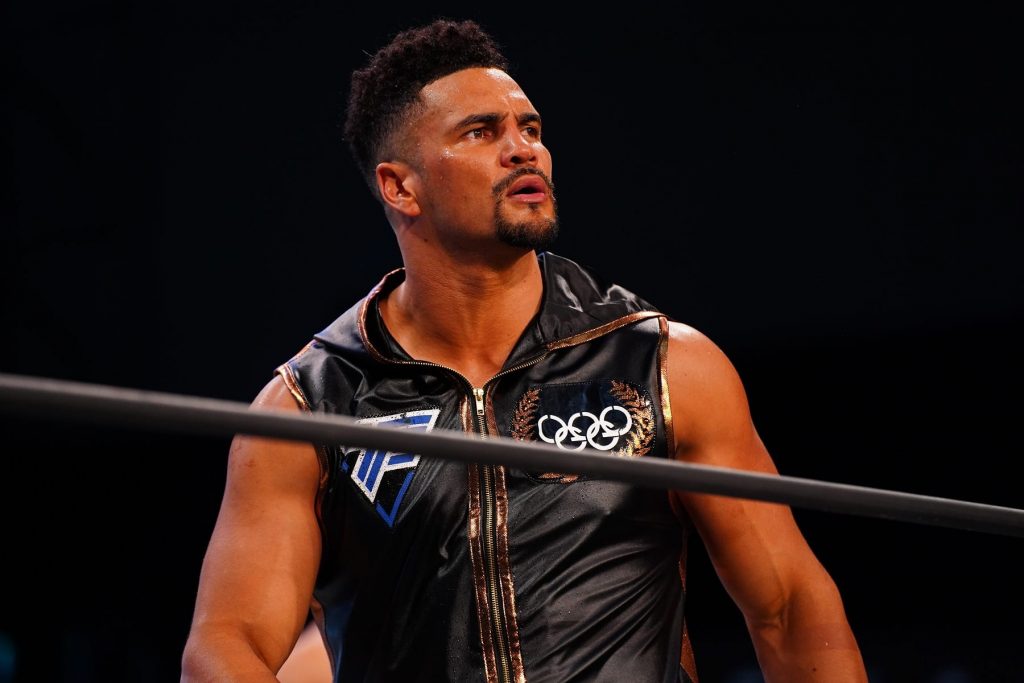 Anthony Ogogo revealed how he was disappointed after a forgettable segment in his rivalry with Cody Rhodes.

Anthony Ogogo has been a member of the AEW roster ever since its establishment. One of his most notable feuds in his short career was against Cody Rhodes. The two had a decent rivalry which led to a match at Double or Nothing. However, it seems like the breakout star did not enjoy all of it.

Appearing on the Insight with Chris Van Vliet, Ogogo claimed:

“It was supposed to be a 16-minute match with Cody. I’ve seen people at TV, they’re wrestling and are told ‘You’ve got to cut a minute.’ And then they panic, and they make mistakes. We lost 6 minutes in our match, for my first ever match, which was annoying because we had some cool s–t planned and we were going to really hype up the bigger moments.

The weight in segment also brought up some thoughts from Ogogo:

“Fucking dogshit mate. Dogshit,” Ogogo said. “So Cody said to me ‘We’re gonna do a weigh-in.’ ‘Oh cool. What’s going to happen?’ And Cody, Cody’s brilliant. He’s brilliant at what he does and has a great mind for it. He’s a really good coach, a great promo coach.

The segment could’ve been better

Also, he claimed the segment could’ve been way better. Only a few changes were needed:

“The whole thing was a disaster, it really was,” Ogogo said. “But you know, I thought ‘I’m the victim.’ It was my first kind of entry and I’m in this really weird segment that wasn’t my idea. I would have rather knocked out Goldust, knocked out Dustin. We get out of the ring, we jump, bighorn, maybe Aaron Solow gets beaten up or whatever, me and QT get away scot-free. At least something happened.

“But they’re having this weird thing where I’m in my little union jack pants, I’m getting up on the turnbuckle, we’re doing a ‘yay’ ‘boo’ thing which is so childish. I don’t like that. I like the Bryan Danielsons, the William Regals, the in-your-face, smashmouth, Jon Moxley like. They get stuck in that. that’s what I like about wrestling. I like realism, I like blurring the line between real and not real. That’s what I like.” (H/T Wrestling Inc.)