Amanda Huber is All Elite 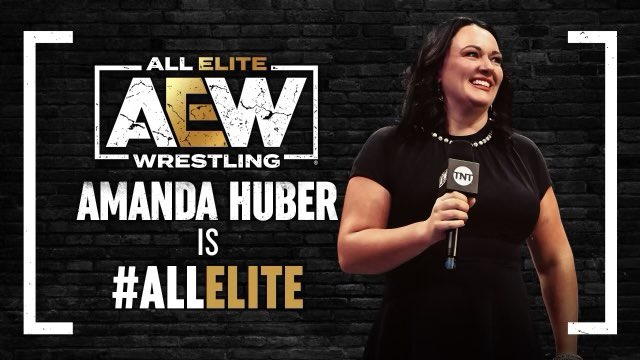 The newest addition to AEW has been revealed and it’s someone the company has been supporting but not only herself but her whole family too.

Being announced on his twitter page, Cody Rhodes would tweet that Amanda Huber (Widow of Mr Brodie Lee – Jon Huber) has signed with All Elite Wrestling as a part of their community outreach team. This team’s main focus is reaching out to local communities and engaging with them to help them further their reach through AEW and its talent.

As mentioned on September 29th, AEW announced the Jon Huber Legacy Foundation, which will focus on providing support to individuals in creative fields who have yet to take the next step in their career due to family obligations. As well, Amanda’s son Brodie Lee Jr (Negative -1) will also join AEW as he has a contract with the company that will take effect on his 18th birthday.

Amanda and Brodie Jr have both appeared on AEW programming with the most notable being the Brodie Lee Tribute show as well as the September 29th edition of Dynamite which aired from Jon Huber’s hometown, in which they appeared to help the fractured Dark Order reunite.