All Out Reportedly Set For Some Surprises 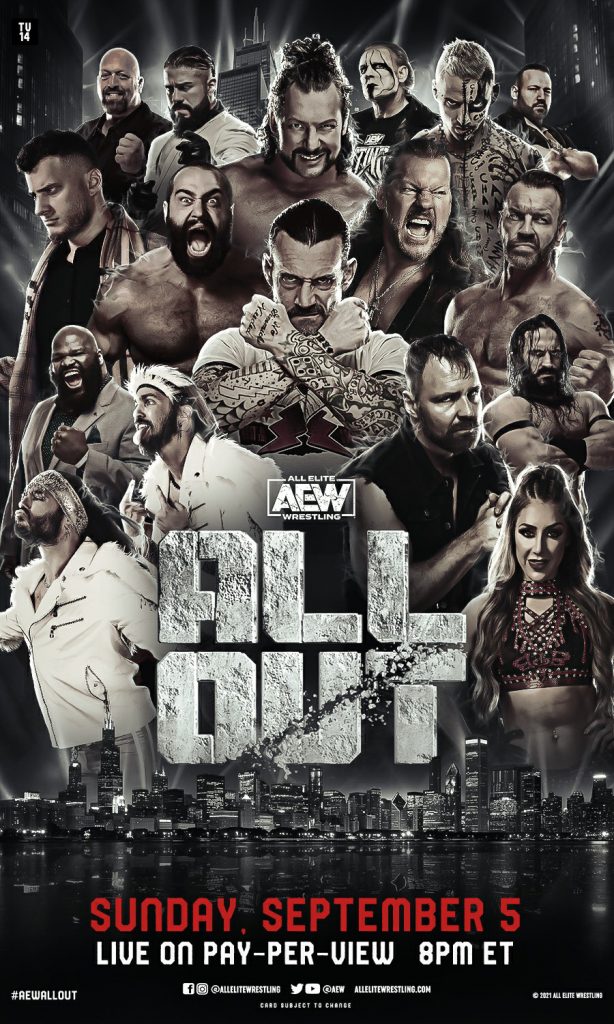 All Elite Wrestling’s Pay-Per-View ALL OUT is set to hit Chicago on September 5, and the fuel for the show is only getting bigger. AEW, known for their surprises are reportedly looking for some more bombshells.

Andrew Zarian, of the Mat Men Podcast tweeted out that the Pay-Per-View may be more than a normal show. Earlier today, Andrew Zarian wrote, “Gonna say this much. All out will be an awesome show with a few surprises…” There are no specific details on what sort of surprises are to come, but fans can only imagine what Tony Khan has up his sleeve.

Adam Cole and Ruby Riot are two big names that have been surfacing the web with attention about possible AEW appearances. It is pretty common by now to see WWE wrestlers leave and fall right into AEW’s hands. With wrestlers like Malakai Black, Miro, PAC, and Jon Moxley arriving at AEW just weeks after their WWE contracts ended, it can only leave fans thinking of who could be All Elite Next.

AEW All Out will be streaming LIVE Sunday September 5 from the NOW Arena in Chicago, Illinois.