Alexa Bliss Taking A Hiatus From WWE For Several Months 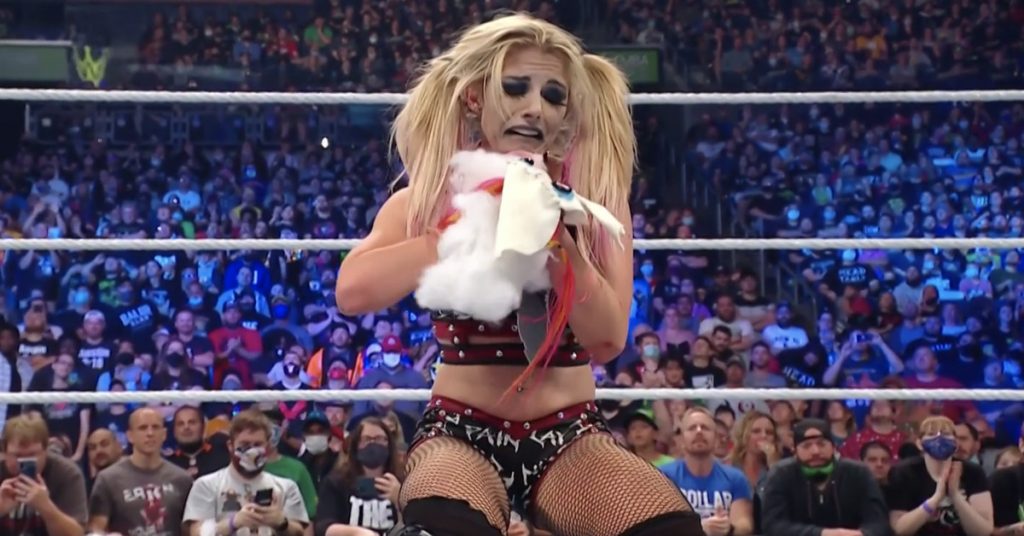 After her defeat by Charlotte Flair at Extreme Rules, it appears that Alexa Bliss will now be taking some time away from the WWE.

It is being reported by Raj Giri of Wrestling Inc, that Alexa Bliss will be stepping away from WWE programming for a couple of months. It is not known if Bliss will appear at RAW tonight either in the ring or in a taped segment before taking her leave.

With her loss to Charlotte Flair at Extreme Rules as well as the destruction of “Lilly” (Her demonic doll which is a part of her gimmick) it is possible when she returns back to WWE, we could see Bliss return with either a new “Lilly” doll or a possible new gimmick.

If Bliss does indeed return with a new gimmick, it would be a good way to lose the stigma around her current gimmick which is so closely linked to Bray Wyatt’s “The Fiend” persona. Due to Wyatt being released on July the 31st, Bliss has been viewed negatively from certain aspects of the wrestling fanbase due to some viewing her as a rip-off of Wyatt’s former gimmick.

Either way, Bliss deserves a welcomed break before she returns back to the WWE.