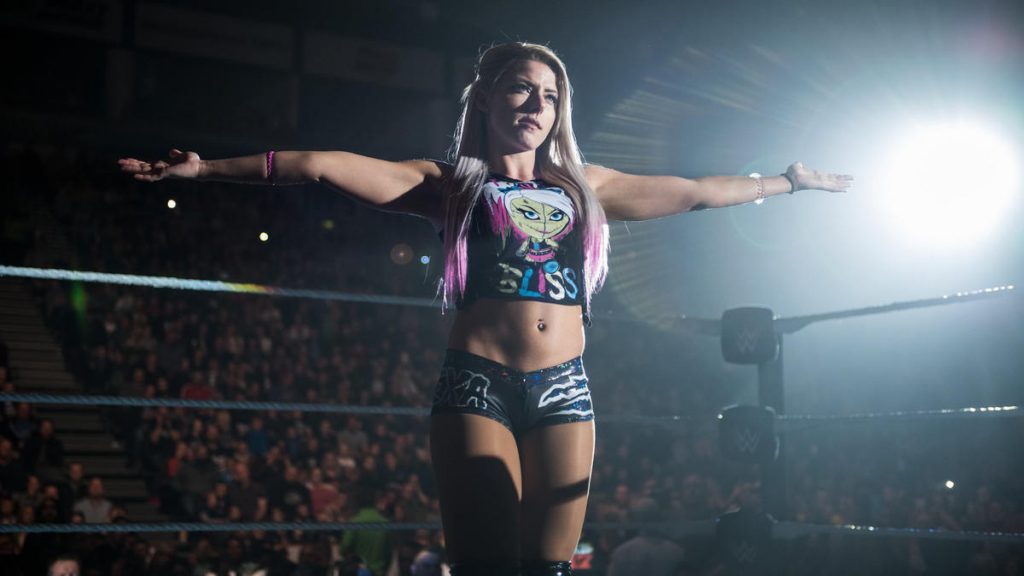 Alexa Bliss debuted on the WWE Smackdown roster in 2016. Since then Alexa Bliss has found several levels of success. Alexa Bliss is a three-time RAW and two-time SmackDown Women’s Champion. She was the first woman to win both the RAW and SmackDown Women’s titles. Along with Nikki Cross she was also the first two-time Women’s Tag Team Champions. All these accolades made the WWE Superstar the second Women’s Triple Crown Champion.

On top of all those accomplishments Little Miss Bliss was also the first woman to win the Elimination Chamber match. Although one of the most accomplished women on the roster she has never captured the NXT championship, keeping her from being a Grand Slam champion.

Alexa Bliss recently spoke with BT Sport YouTube channel ‘The Run-In’. She talked about Wargames, her character and repeat champions in the WWE.

Bliss discussed whether playing different characters is more exciting than holding titles and how she’s enjoying seeing fresh faces competing for the championship.

“For me, yeah. I just feel like I’ve won…We see a lot of the same people hold titles, so it’s nice to see new people hold titles. I’m really super excited when Liv [Morgan] won the title, so it’s cool to have different opponents and if I’m not going to be a champion, I want to be the person working opposite of the champion.”

Although she would enjoy being a WWE Women’s champion again, Alexa said she also enjoys help build other talent.

“It’s nice to see the other girls have their moment, but I also want to be the character that’s working across from them. I would love to be champ again, but for me, it’s the creative aspect that really drives me.”

She wants her character to evolve

“I want to evolve my character. I want to see what else I can become and I think that’s my main goal. I think there’s a lot more to explore. There’s every type of person out there, so why not try them all.”

Alexa Bliss wanting to work more on her character brings promise for new story angles in the future. Keep an eye on WrestlingRepublic.com to see how Alexa Bliss evolves her character in THE WWE universe.

You can watch the Alexa Bliss interview in its entirety below: