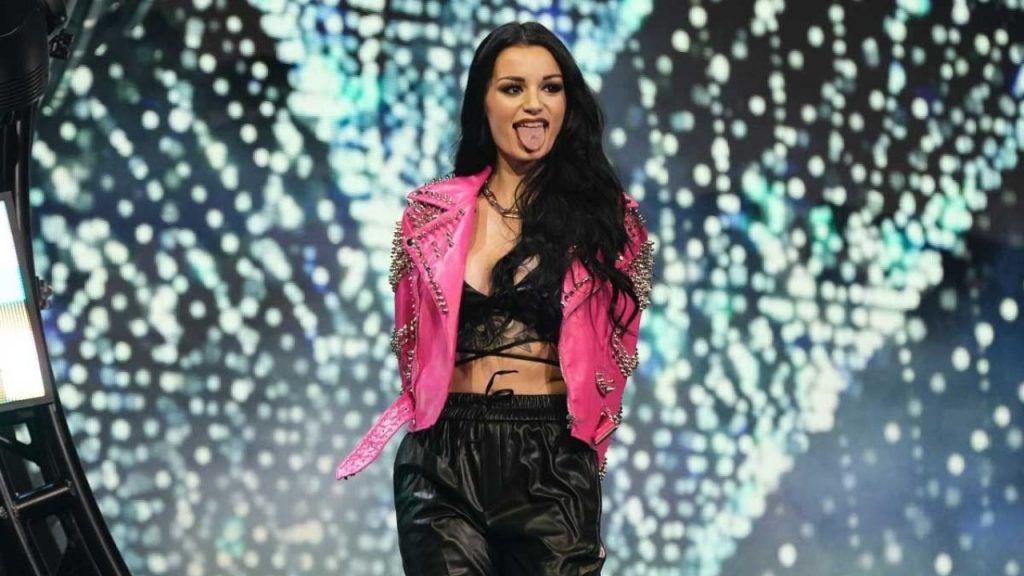 Saraya (FKA Paige) made her wrestling return this past Wednesday on AEW Dynamite, but may not wrestle as she’s not medically cleared.

This week’s Dynamite Grand Slam event featured a fatal 4-way match closing out the show for the AEW women’s title. The bout saw Toni Storm defending against Britt Baker, Serena Deeb, and Athena for the gold, with Storm retaining.

After the bout, Baker and her heel posse (Jamie Hayter and Rebel) attacked the faces, but they received an unexpected interruption. Making her long-awaited return to wrestling, Paige, now Saraya, made her AEW debut.

Will Saraya Wrestle in AEW

For anyone hoping that Saraya will be returning to action, they may need to brace themselves for disappointing news. No one touched her when she arrived, and fans will remember that no one could touch her in WWE either.

She was forced to retire in 2017 from spinal stenosis, the condition that sidelined Edge and Sting for years. In the latest edition of the Wrestling Observer Newsletter, Dave Meltzer revealed that Saraya has not yet been cleared to compete.

Her back may be much better now as both Sting and Edge have returned to competition. It’s also known that Saraya wishes to be cleared for in-ring action because she loves wrestling.

Fans will have to wait for more information on her role, but perhaps they should keep their expectations low. Although, it is worth mentioning that Britt Baker has cited Saraya as one of her dream opponents in the past.

Saraya debuting to stop Baker’s assault may be an indication that the two are about to start a feud. Until further notice, all eyes are on Saraya’s next AEW appearance.