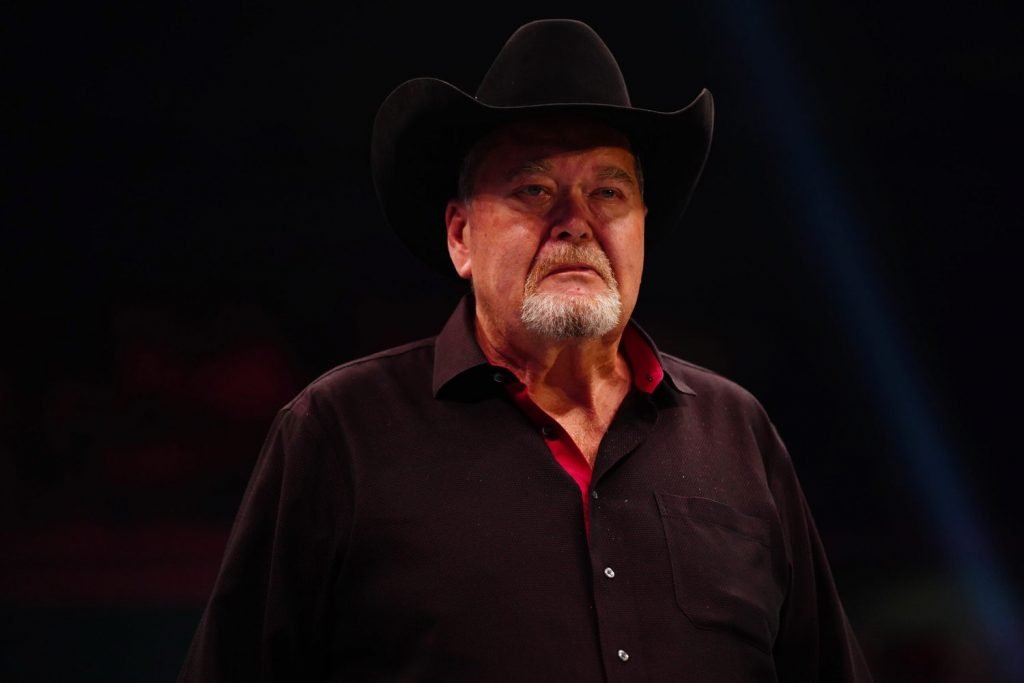 Legendary commentator Jim Ross recently spoke about his health on “Ask JR Live” on AdFree Shows where he admitted that he might not make it to Starrcast V. The event is a popular yearly wrestling festival with this year’s taking place in Nashville, Tennessee over SummerSlam weekend.

Multiple events have been announced, such as panels featuring Johnny Gargano and Bret Hart and a reunion between Rick Flair and the Four Horsemen. As of yet, JR is not one of the confirmed guests, although he has received an invitation.

Unfortunately, his health is making travel difficult. JR went into detail about his health on the latest edition of his podcast with Conrad Thompson.

“My foot swells so badly on the airplanes, and the pain is just a little bit unbearable. Today was a horrible day cause I was in the airplane for so damn long, and the pressure of the cabin and all this stuff and just a bunch of rigmarole,” said JR. “It’s going to be great. It’s going to be a hell of an event. I’d like to go just to watch, so I don’t know yet.” (H/T WrestlingInc.com)

The WWE Hall of Famer has been dealing with health issues on and off over the years. This past October, he was diagnosed with skin cancer, forcing him to take time off from commentating duties to receive treatment.

JR wasn’t gone long as he reported in December that he was officially cancer-free before returning to Dynamite. Hopefully, he can make it to Starrcast V, as wrestling fans would love to see him at the yearly wrestling event.