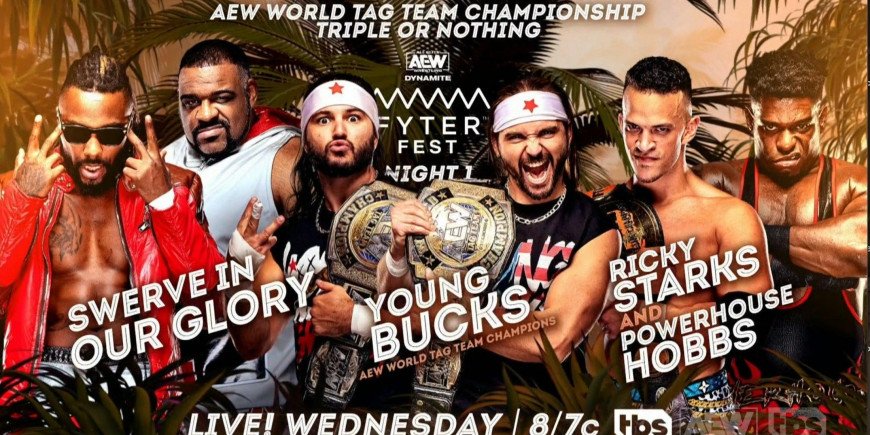 Two big matches for Next week’s AEW Dynamite have been announced.

The Young Bucks will first defend their AEW World Tag Team Championship against Keith Lee and Swerve Strickland as well as Ricky Starks and Powerhouse Hobbs in a triple-threat match. The Bucks will be making their first attempt to retain the belts they earned in a ladder match against Jurassic Express on the 6/15 edition of AEW Dynamite.

Additionally, Claudio Castagnoli will face Jake Hager, a former tag team partner, in his Dynamite singles debut. Hager hasn’t participated in a single match on Dynamite since June 2021, thus this will be his first one there in over a year.