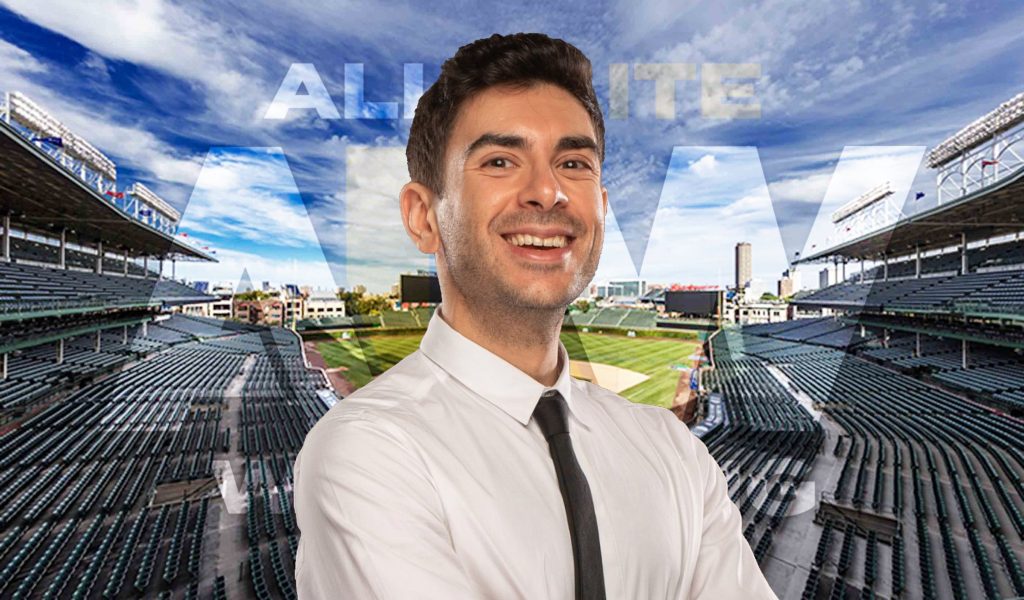 AEW President Tony Khan has revealed that the Wrigley Field baseball stadium in Chicago, is a dream venues for a AEW show. However the threat of weather delays could be enough to put a stop to that dream.

In an interview with Abe Kanan, Tony Khan revealed that it would be not only interesting to do an event at Wrigley Field, but it is one of his dream venues.

“It would be interesting to do something at Wrigley Field,” he told Kanan. “I’ve been to a good amount of events at Wrigley Field that have been rained out. That’s harder when you have hundreds of thousands of people that pay money for a pay-per-view and sit in a rain delay. It doesn’t make as much sense. One of the reasons I scouted out Arthur Ashe was because they have a roof. Daily’s Place, we did outdoor shows for over a year with a roof. Wrigley Field would probably be my number one dream venue. I just wish there was a way to put a roof over it.”

Kanan then brought up the question of if AEW could put up a tent above the ring like WWE do, in order to combat the issue.

However, Khan responded saying that if they did that, fans would still get wet and it would suck for them.

“It would suck for the fans.” Khan replied. “I’ve been to concerts. I’ve been to over 100 baseball games at Wrigley Field and have been involved in a lot of rain delays. In general, we’ve never had an AEW weather delay and it’s not something we’re looking to start either. We saw a pay-per-view [WrestleMania 37] with a weather delay a couple of years ago and it wasn’t necessarily ideal. Now, Samoa Joe looks a lot better as a wrestler than in a poncho.” (Via Abe Kanan H/T Fightful)

AEW will return to Chicago on June 26th for the ‘Forbidden Door’ crossover show with NJPW. The event will take place at the United Center.