AEW To Officially Resume Live Touring Across the U.S In July 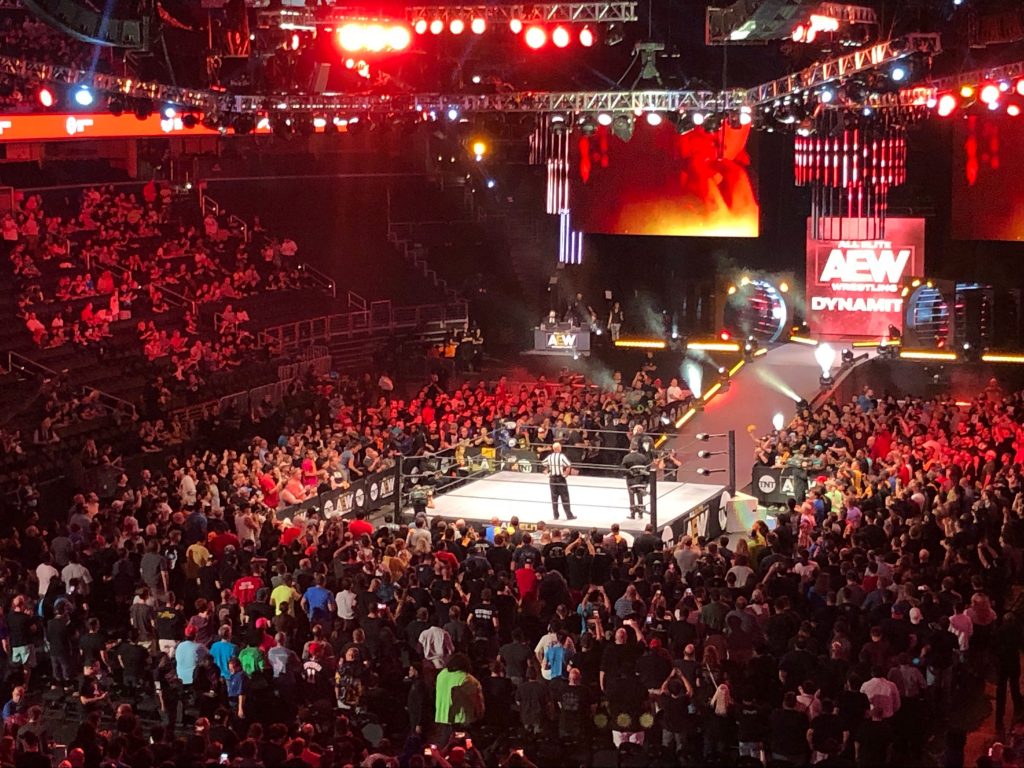 All Elite Wrestling have made the announcement that they will be heading back on the road to resume Live touring this July, after hosting their shows at Daily’s Place for over a year.

The first show back will take place from the James L. Knight Center in Miami on July 7th, with shows then taking place from H-E-B Center in Cedar Park, Texas and Curtis Culwell Center in Garland, Texas, in the weeks following.

May 10, 2021 – After safely hosting 27 live, ticketed events throughout the past nine months at Daily’s Place in Jacksonville, Fla., AEW is bringing the excitement of its flagship show AEW DYNAMITE to Miami, Austin and Dallas this summer. AEW will become the first major wrestling promotion to safely return to a traveling schedule since March 2020.

The dates for the live shows in Miami, Austin and Dallas are:

General tickets for the three shows will go on sale this Friday, May 14, at 11 a.m. ET / 10 a.m. CT via AEWTIX.com. At the same time, tickets for the Miami and Austin shows will be available via Ticketmaster.com, while tickets for the Dallas show can be purchased at CurtisCulwellCenter.com. Tickets start at $30 (not including service charges or fees). Each event will be held in compliance with state COVID safety guidelines, and seating capacities will adhere to state and local mandates.

“We’re so appreciative of our fans in Jacksonville who have been with us these past nine months, ” said Tony Khan, CEO, GM and Head of Creative of AEW. “Their support and incredible energy have lifted us week after week, and viewers have fed off their enthusiasm and support. Daily’s Place will always be our home.

“Looking ahead, we’re thrilled to welcome our fans back to become part of the action in Miami, Austin and Dallas. We’ve missed touring cities, meeting the fans and hearing their roar during our live shows. Please be assured, we are working closely with the venues to comply with state and local regulations in each city. Miami, Austin and Dallas are the first of many as we gear up the trucks to travel around the country again! ”

In the near future, AEW will be announcing additional live events for the late summer.

Fans who have already purchased tickets to either show will have their original tickets valid for admission to the respective rescheduled show, or they can receive a refund via the point of purchase.

As AEW continues to deliver the best matches and most entertaining moments in professional wrestling today, be sure to tune into AEW DYNAMITE every Wednesday at 8 p.m. ET / 5 p.m. PT on TNT.

Founded by CEO, GM and Head of Creative Tony Khan, AEW is a new professional wrestling league headlined by Cody & Brandi Rhodes, Kenny Omega, The Young Bucks (Matt & Nick Jackson), Chris Jericho, Sting, Hangman Page, MJF, Darby Allin, Hikaru Shida, Dr. Britt Baker and Jon Moxley. For the first time in many years, AEW is offering an alternative to mainstream wrestling, with a roster of world-class talent that is injecting new spirit, freshness and energy into the industry. The inaugural event under the AEW banner was the sold-out DOUBLE OR NOTHING PPV in Las Vegas in May 2019.