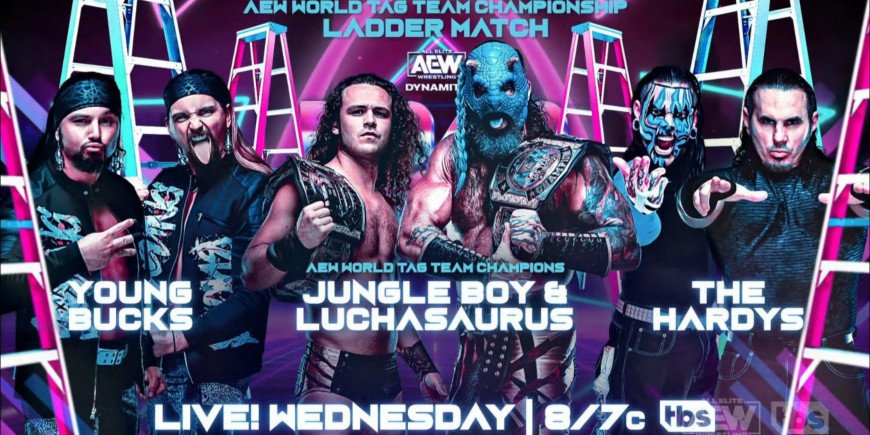 On the AEW Dynamite Road Rager episode airing on June 15, the AEW Tag Team Championships will be on the line. In a three-way ladder match, Jurassic Express (Jungle Boy and Luchasaurus) will defend their tag team titles against The Young Bucks (Matt & Nick Jackson) and The Hardy Boys (Jeff & Matt Hardy).
The Young Bucks were defeated by The Hardys at AEW Double or Nothing, but they quickly rebounded, defeating the Lucha Bros (Penta Oscuro and Rey Fenix) on AEW Rampage and pinning Jungle Boy in a ten-man tag match on AEW Dynamite.

In addition, Ethan Page wrestles Miro in a match that counts toward the AEW All-Atlantic Championship. The winner will challenge for the title in a four-way match at AEW x NJPW. Pac has already earned a spot in the four-way competition. Participants from New Japan will be revealed later.
After defying Mark Sterling and his legal filings, Wardlow will finally engage in a “class action” elimination contest

Here is the current lineup for AEW Dynamite Road Rager: