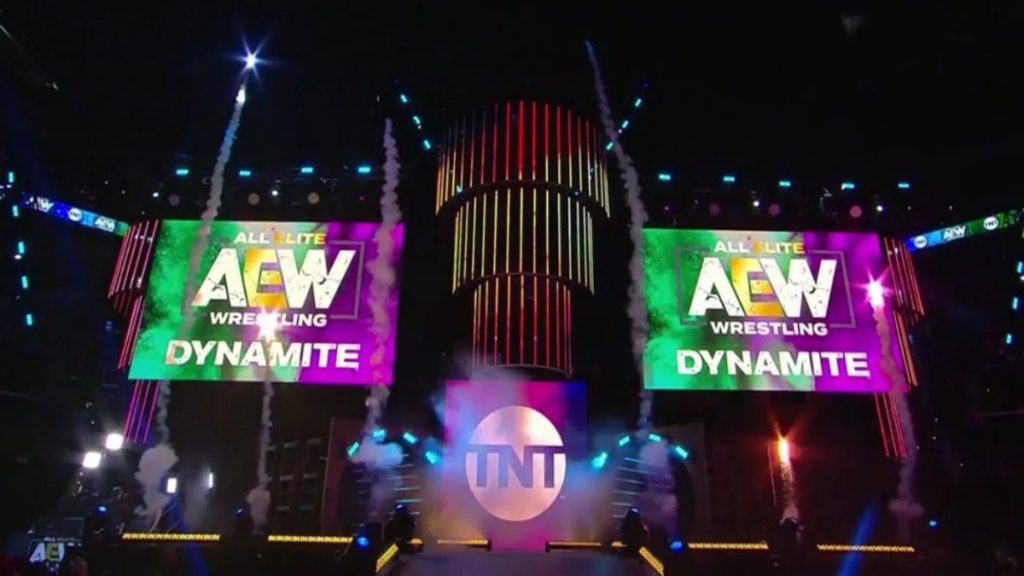 Dave Meltzer reported apparent power outages before this past Wednesday’s episode of Dynamite, which emanated from the Chesapeake Employers Insurance Arena in Baltimore, Maryland. The evening’s show also featured the taping of Dark: Elevation and Friday’s episode of Rampage.

The issues started during a bout between Skye Blue and Nyla Rose for Elevation. The match couldn’t be filmed due to a power outage, which forced AEW President Tony Khan to call an audible and announce that it would be held for the in-house crowd exclusively.

Another production issue occurred around the entrance ramp and commentary area during a match between Max Castor of The Acclaimed and Cheeseburger. It was the second time a match would not be taped, which is unfortunate because Cheeseburger was said to have received a great reaction from the fans.

Because of the continuous issues, the main event for Elevation was rescheduled for a later date. Luckily, everything seemed to be resolved before Dynamite went live. Dave Meltzer talked about the issues during the May 5th episode of Wrestling Observer Radio.

“Max Caster was wrestling Cheeseburger and Cheeseburger was very over, which was the second time they used Cheeseburger and he was very over both times. And then the entrance and the announcing place all of a sudden went dark. They did the match, Max Caster won, then they did another match that they announced, which was Skye Blue and Nyla Rose. They just said, ‘This match is only for you fans in the arena and it will never air,’ because they couldn’t tape it because they had a power failure. They got the thing fixed by eight o’clock and there was no problem with Dynamite.” (H/T WrestlingNews.com)

Whatever caused the outages, hopefully, they won’t continue to plague production any further. Perhaps Tony Khan will also reschedule the un-filmed matches as well so they can be seen online. This would be great as it would help Cheeseburger’s growing momentum.