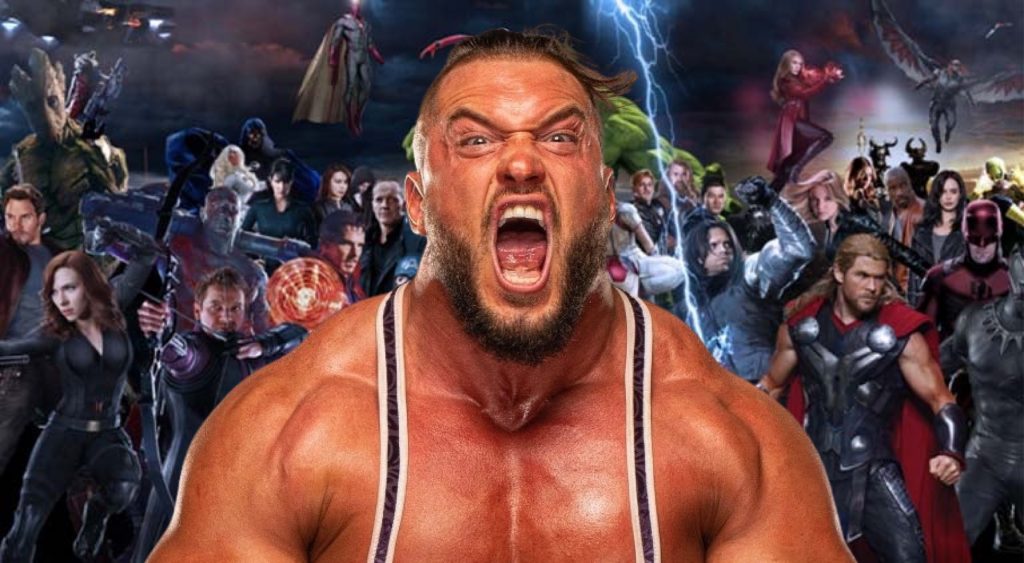 AEW Star Wardlow has revealed in a recent interview that acting in a Marvel, or DC, Superhero movie would be a dream come true.

Since debuting with AEW in 2019, Wardlow has been one of the companies breakout stars.

However a recent interview may bring up possible concerns about his long term ambitions with the promotion.

In an interview with with Chris Mueller of Bleacher Report, Wardlow revealed that he would consider a career in acting.

“Yeah, I think I absolutely would [consider acting],” Wardlow told Mueller. “That’s something I think that’s always been in the back of my head. You see what John Cena, The Rock and Batista are doing, and it’s phenomenal. Then I gotta say, to be a part of the Marvel Universe or the DC Universe. Oh my God, that would be a dream come true. That’d be an honor. I’d love to do that one day if the opportunity came up.

I would have loved to portray Shazam. I’m just a kid at heart. I feel like it would be so easy to portray that on screen. Like, he’s this big monster, but he’s really just a kid with a big imagination. When I look at the villain side of things, I most definitely would love to play Lobo, and I used to have a Harley I loved riding. I love bikes, love riding. My Harley Davidson was my baby. And I enjoy a cigar here and there, so I feel like with Lobo, I would really be able to be super-in-tune with that character. Let’s get on it. Let’s get a live-action Lobo going,” (Via Bleacher Report H/T Fightful)

Wrestling Republic’s Emmanuel V, recently compared Wardlow to a young Dave Bautista. However it now seems that comparison could go beyond wrestling, and follow into acting.

Wardlow will take on his former employer, MJF, this Sunday at the AEW Double Or Nothing PPV.