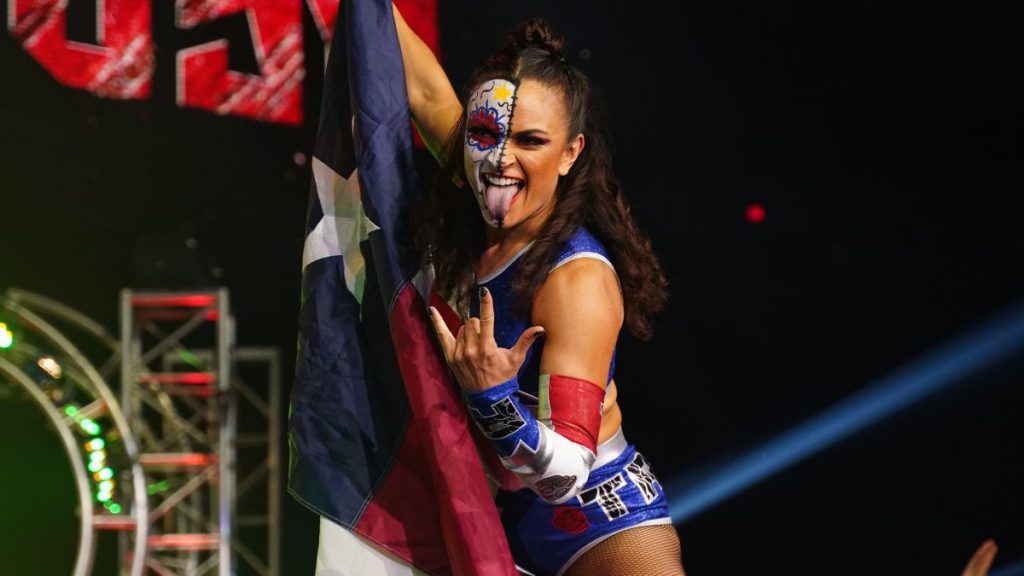 The AEW Women’s World Champion will be returning to Japan, where she will be wrestling for a top promotion.

Thunder Rosa has been one of the most popular female wrestlers for a few years now.

Her talent and unique charisma have made her one of the fan favorites in All Elite Wrestling.

However, it was announced recently that the reigning champion will be returning to Japan, most specifically to Tokyo Joshi Pro Wrestling.

The announcement was made on TJPW’s social media accounts, where they revealed that Thunder Rosa will be facing top star Miyu Yamashita at the ‘Summer Sun Princess’ event, on July 9th.

You can see the official announcement down below.

Miyu Yamashita has commented on her singles match against Thunder Rosa at SUMMER SUN PRINCESS’22 on July 9.#tjpwSSP22 #tjpw pic.twitter.com/t9vGrKrZZI

This match was already rumored to happen a few weeks ago, since Yamashita traveled to the US during the last month. It was in that time that she performed twice for Prestige Wrestling- defeating Masha Slamovich and TJPW colleague Maki Itoh respectively-and AEW Dark, where she teamed up with Skye Blue to take on Serena Deeb and Nyla Rose.

It was even rumored that she was next in line to challenge Rosa for the title, as a part of the champ’s open challenge.

Thunder Rosa is no stranger to TJPW, since she used to be a competitor there. She even won TJPW’s International Princess Championship in early 2020, but was forced to vacate the title due to the flight restrictions of the COVID-19 pandemic.

On the other hand, Yamashita is considered to be one of the toughest and most promising female wrestlers in Japan.

So, after Rosa defends the AEW Women’s Title against Toni Storm at Forbidden Door, we will surely have another promising showdown in the horizon.